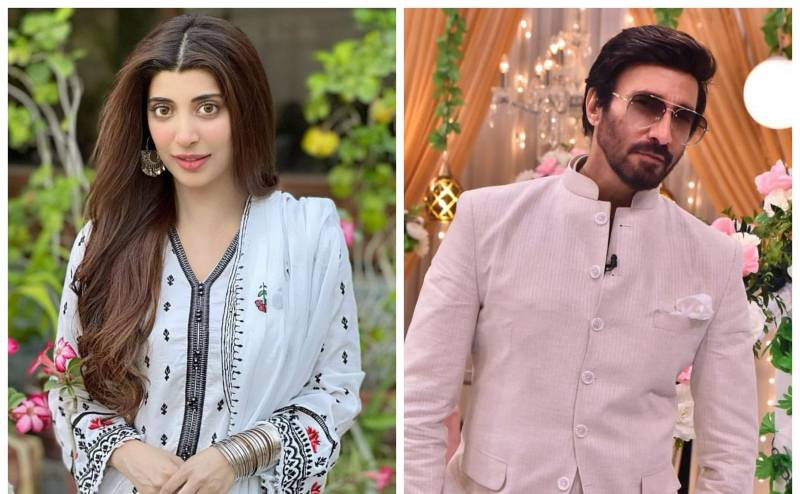 Aslam, who has never worked with Hocane, claimed in a recent talk show that an actor who needed to learn manners was the Udaari star.

Setting the record straight, Urwa has shared her two cents on the matter by releasing an official statement. She stated that she respects all her seniors in the fraternity, including their opinions and advice.

"This is my response to the baseless allegations circulating about me all over social media, I respect all my seniors in the fraternity including their opinions and advice but they too have a responsibility towards their younger counterparts and the effect their words can have on someone’s image, mind and even work."

"In all honesty, I am a creatively charged person which I proudly accept. And yes, I always indulge in healthy discussions with my directors or producers. I am sure he didn't intend to harm me and didn't realise how much it could blow out of proportion as I don't know him in a personal capacity or have not even been co-star with him in a single production," she said. 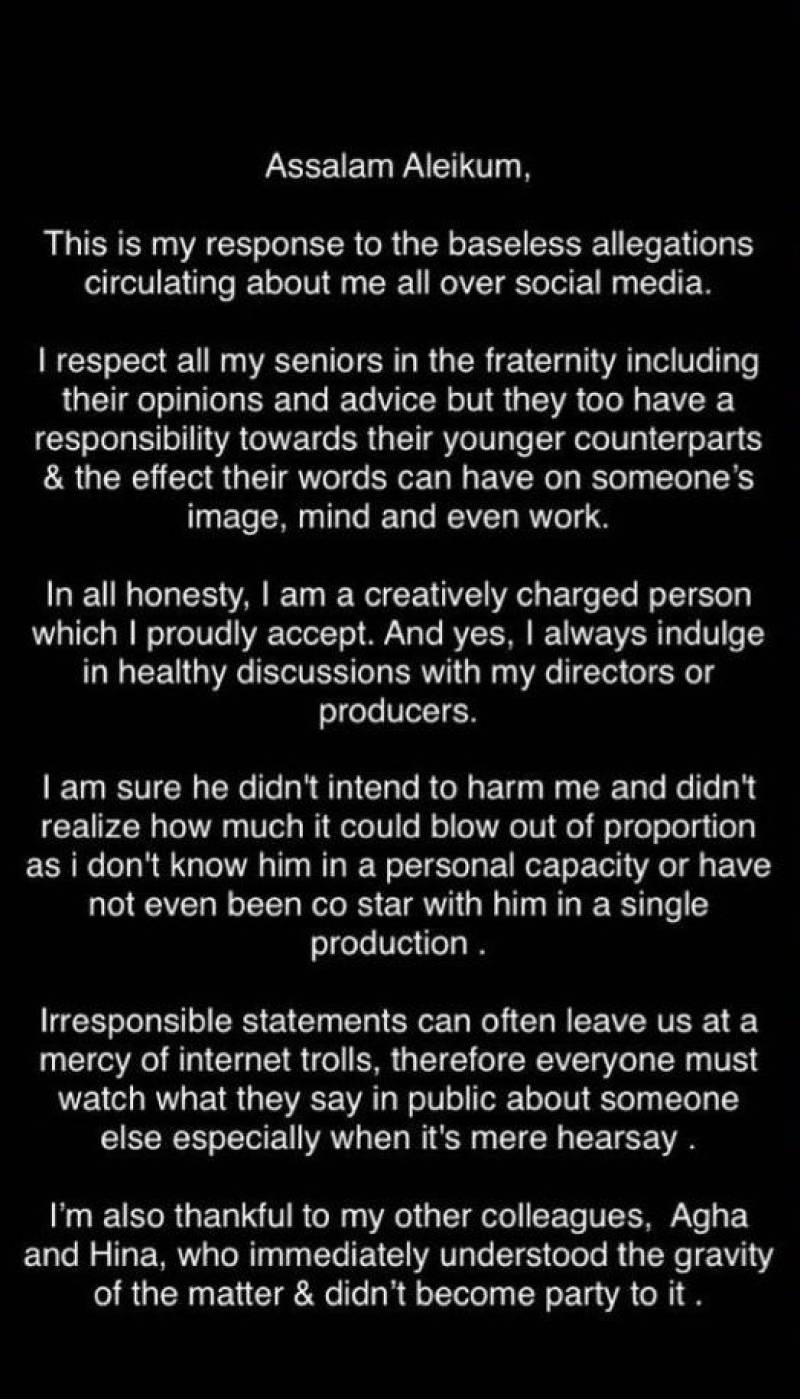 Talking about Aslam's comments, Urwa remarked, "I am sure he didn't intend to harm me and didn't realise how much it could blow out of proportion as I don't know him in a personal capacity or have not even been a co-star with him in a single production."

"Irresponsible statements can often leave us at a mercy of internet trolls, therefore everyone must watch what they say in public about someone else especially when it's mere hearsay."

The Punjab Nahi Jaungi star concluded her statement by thanking her other colleagues, hosts Aagha Ali and Hina Altaf, who immediately understood the gravity of the matter and didn’t become party to it."

Moreover, Aslam also shared his own statement via Instagram stories and wrote that he has been noticing the news, specifically the clip where he said that he heard from someone about Hocane's alleged poor behaviour.

"I want to clarify I have never worked with her or been ill-treated by her. It was a multiple-choice question asked of me during a show and even in my answer I said this is what people say but it may be wrong so kindly don't malign people on my behalf. Nothing but my respect for all my colleagues here," he explained.

The fans have praised the Mushk actor's peaceful reply and expressed that the rapid-fire rounds are the real culprit who force such answers from guest celebrities. 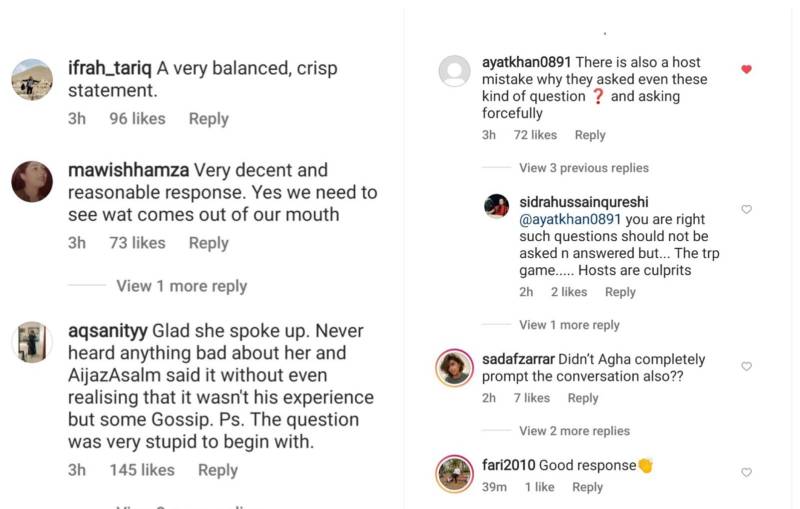 On the professional front, Urwa Hocane's performance has been praised in drama serials Badzaat and Amanat.

It's a new day and a new controversy for the Lollywood industry! This time the fiasco involves the beautiful actress ...