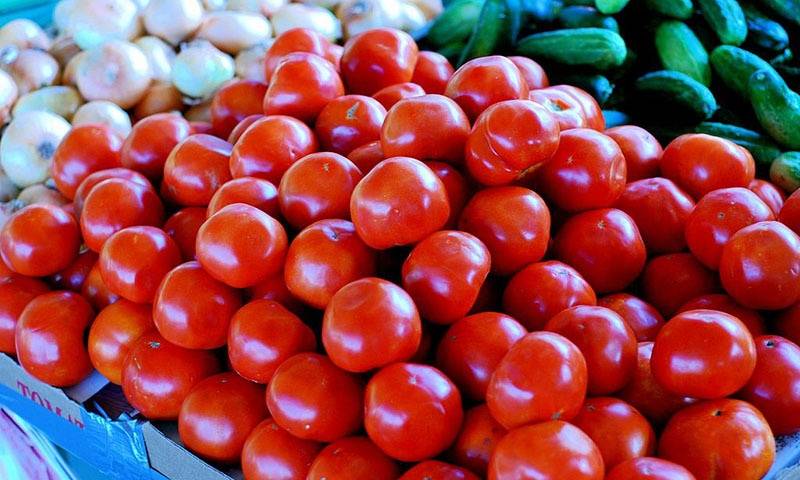 KARACHI - After price of tomatoes skyrocketed between Rs 180 per kg to Rs 320 per kg in several parts of the country, innovative thieves are active to cash the situation as they have started plundering fruit’s farms in Sindh.

The thieves robbed tomato farms in Badin, a fertile region of the province, forcing the farmers to place armed men around the fields in order to protect them from looters, a local media reported.

As per the Pakistan Bureau of Statistics (PBS), the average maximum national price of tomatoes was Rs 180 per kg, while it was selling as high as Rs 320 per kg in Karachi.

Vendors and hawkers are pinning the blame of rising in fruit’s price on the wholesalers, claiming that they had increased the rates.

The country’s top finance official, however, unaware of the deteriorating situation as Prime Minister’s Finance Adviser Dr Abdul Hafeez Sheikh last week said that price of the fruit was Rs17 per kg in the metropolitan. His comments also stirred trolls by public on social media.

Earlier, Muhammad Hashim Popalzai, Secretary of the Ministry of National Food Security talking to local media said that the government will consider allowing import of tomatoes from Iran to bring balance in the demand and supply. However, no emergency measures have been taken so far to arrest the upward trend in the fruit price.