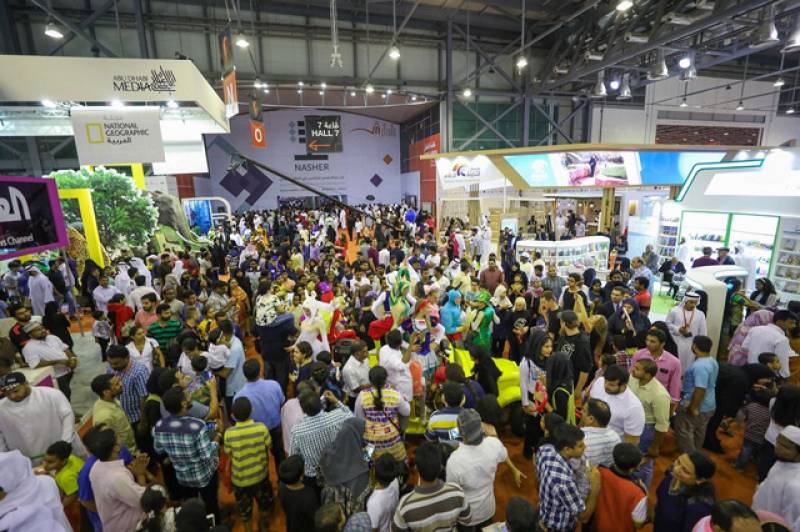 DUBAI - Sharjah will be welcoming book lovers, authors, poets and honoured guests from across the world at the 37th edition of the Sharjah International Book Fair (SIBF) starting from 31st October until 10th of November.

Visitors can expect to meet and greet with renowned names, attend seminars and speeches and engage in literary panel discussions with their favourite authors and personalities.

Organized by Sharjah Book Authority (SBA) the 37th edition will bring in talented individuals to expand cultures, minds, and thoughts.

Asian authors, musicians, actors, directors, filmmakers, poets, and journalists have made their mark across all facets of human endeavours. The 37th edition of SIBF will be hosting some very important personalities across all fields and sectors.

One of the many VIP guests are Soha Ali Khan, an Indian film actress and author of, ‘The Perils of Being Moderately Famous,’ and Nandita Das, one of the most griping actor and director of Indian cinema.

From the field of non-fiction and cinema, SIBF will be welcoming personalities such as: Alvin B. Yapan from the Philippines who is an award-winning novelist and filmmaker; Resul Pookutty, an Indian film sound designer, editor, and mixer who came into prominence with his work in Slumdog Millionaire.

Chetan Bhagat, author of nine blockbuster books from which five have been made into successful Bollywood films; Manoj K Jayan, an Indian actor; and Eranholi Moosa, Mappila singer from India.

Among the acclaimed list of novelists at SIBF, there is also Laaleen Sukhera who is a writer and editor in Pakistan, she is the author of Austenistan which is a whimsical take on Austen’s world through contemporary lens, From Indonesia, SIBF will welcome Avianti Armand who is the author of ‘Women Whose Names Were Erased.’

In the list of remarkable authors is also Manu S Pillai who is an Indian author of the award-winning ‘The Ivory Throne: Chronicles of the House of Travancore.’ From India there are many other authors such as: Santhosh Aechikanam, a south Indian contemporary short story writer; U K Kumaran, Malayalam language novelist; Perumal Murugan, author, scholar, and literary chronicler; Francis Noronha, upcoming author in Malayalam literature; and S.Hareesh, a short story writer.

In the non-fiction category, Manjeet Hirani, an author, trainer, and commander with Air India will be present. As well as, Deepa Nishanth, who compiled her blogs into a memoir; K V Mohankumar, an Indian IAS officer; Karan Thapar, Journalist and TV commentator in India; Sister Jesme, who recounts her experiences as a nun in her book; and M P Abdu Samad Samadani, a scholar, orator, thinker, writer, and academician.

From the world of business entrepreneurship SIBF will be welcoming Manoj Vasudevan who is a leadership readiness expert and K V Shamsudheen who is an entrepreneur and received an award for his efforts to educate non-residential Indians on financial planning.