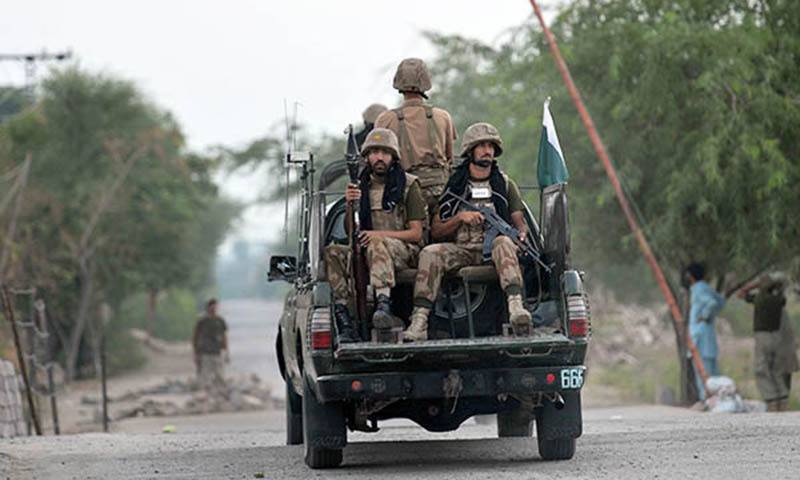 RAWALPINDI – Security forces killed a wanted terrorist Arif Ullah alias Dadullah during an intelligence based operation in an area of North Waziristan, said ISPR in a statement on Wednesday.

The IBO was carried out on the reported presence of terrorists in the Mirali area. The wanted terrorist got killed during an exchange of fire, it added.

On Monday, a terrorist was also killed during an intelligence-based operation (IBO) by Pakistani forces in the Mirali district.

A statement issued by ISPR cited the operation was conducted in a hideout on confirmed intelligence of the presence of terrorists.

“On confirm intelligence of presence of terrorists in Mirali, North Waziristan, troops conducted IBO on the terrorist hideout,” it said.

It further added that weapons and ammunition were recovered during the IBO while the forces later cleared the area.