Careem Kahani: How do you get employed at Careem? 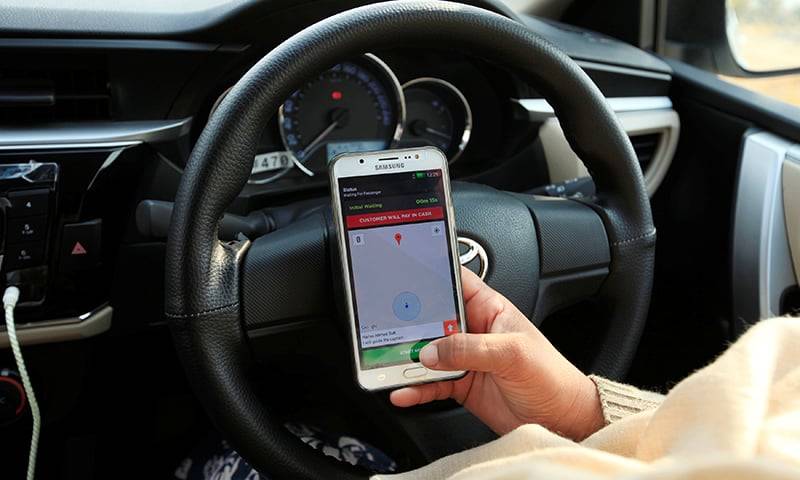 Have you ever wondered why the world is hell bent on bringing down millennials? Being a millennial has become an insult of sorts, which is odd since you can’t do anything about when you were born. But it’s not the time of birth that bothers the society, it’s the “attitude” of the individual born in that time.

I feel that a large amount of the criticism millennials face is uncalled for because people forget that 69% of Pakistanis, some 132 million people, are less than 30 years of age.  If we were to narrow it down, an estimated 52 million Pakistanis—or 27% of the population –is between the ages of 15 and 29. That’s a significant chunk of people who have the ability to contribute to our economy and also form the basis for our future. So let me tell you a bit more about the challenges that these “lazy” and “entitled narcissistic” millennials face.

An estimated 4 million young people enter the workforce every year while but only a small number are able to find jobs leaving the rest in dire straits. Those that do find a job often choose one that does not suit their talent or choice or does not offer a good salary.

You don’t need to be an econ major to know that this is a major macro economic issue where such unemployment is also leading to stresses in society. I know what you’re thinking.  You’re thinking: so what? Everyone struggles right? You struggled, your father struggled and your father’s father struggled to get to where they are today. The thing is, the same rules for rewards and benefits do not apply today. Unemployment is a big issue now because financial hardships and lack of opportunities can lead to delinquency, crime and even terrorism (studies show). The hard work that was rewarded in the past is not good enough for employers today. In that case, it’s a good thing not all employers are the same.

Careem is playing an important role in increasing opportunities for those looking to increase income and get on the path of progress. While a fresh graduate from a decent university makes PKR 20,000 to PKR 25,000, a millennial can make up to PKR 50,000. The only things you need are a valid CNIC, driver's licence and access to a car. If you have all three, you are set. I know this all sounds like a lot of hooplas but a quick survey in Islamabad has given evidence of the impact Careem has had on the lives of taxi drivers. Kamran Aslam, age 22, was among those struggling to find a toehold in life when he found out about Careem. He said, “I am a college student belonging to a lower middle-class family in Islamabad. My mother bought me a taxi from her savings to earn for the family but I was able to merely pay bills with those earnings. Ever since I was in my teens I realized that in order to support my family I needed to receive college education from a well-reputed institution. Last year that ambition of mine became reality as I got admission in B.Com but my family could only bear my educational expenses till the second year. I was very demoralized but upon knowing Careem’s part time career opportunity I took the offer and registered my taxi on it and throughout the summer saved up enough money for the next year. Careem has brought back comfort in my life and quite possibly with the will of God will enable me to save enough for further studies in the summers to come.”

In a way, Careem has become an advocate for ambitious millennials trying to improve their lives. Besides opening employment opportunities, Careem is also creating new income avenues for those already in the transport business.

Both taxi and rickshaw drivers are eager to climb on board the Careem express, as it decreases their wastage and increases efficiency and earnings. A normal taxi drives all day looking for passengers or stays at one point waiting for them. This leads to a waste of time, fuel and effort and eats into their earnings. Those taxi drivers who on Careem’s platform only need to respond to the rides showing on their application and through the day can plan their driving and resting periods accordingly.

Thanks to the popularity of Careem, the demand for rides is not an issue and taxi drivers can rely on a steady stream of passengers without the hassle of driving around. There is no haggling and both customer and driver get the best out of their experience. Generally speaking, a taxi driver in Islamabad makes PKR 1,300 to PKR 1,500 per day but thanks to Careem their earnings go up to PKR 2,500. I’m happy to say that these increased earnings have improved many lives by giving people the ability to spend on critical needs such as children’s education and healthcare.

Careem has drawn more than 1,300 registered taxi drivers in Islamabad to come on board and use the application to get passengers. Muhammad Afzal’s story is quite touching and inspiring for anyone considering a change for the better, “I left the army in 2012 and I am a diabetes patient with very young children and no support from my brothers, it became difficult for me to survive. The insulin injections themselves would take up more than half of my expenses. I was close to losing hope completely when I heard about Careem; I guess Allah creates ways for those who look hard enough.”

Of course, everyone likes more dough in their pockets but as you can see, money is not the only pull Careem has.

Unfortunately, driving a taxicab is not seen as a “reputable” profession but being recognized as a Careem Captain rather than a cab driver gives the drivers respect and even prestige (who wouldn’t want to be called Captain?). They feel good to be on the platform of a multinational technology company and according to them, their customers also treat them differently. Haroon Rashid has been driving his taxi in Islamabad for a number of years and is now using the Careem application too. He said, “What respect does one retain after a customer leaves after throwing money in your face?  Any platform where one does not face such an assault on his mental well-being is something I was ready to embrace. Careem has lived up to its name, which means generous. It has allowed me the luxury of taking my wife for shopping. For the first time in ages, it allowed me the space to dream for more. My children will not have been doomed to the fate I was dealt. I wish and hope that anyone and everyone who’s in my shoes realizes the significance of this opportunity knocking on their door.”

In a short span of time, Careem has been able to make a major difference in the life of taxi drivers in Islamabad and other places. Taxi drivers are earning more and feel happy and hopeful about their future. As their earnings grow, you can expect a shift in other socio-economic indicators leading to more progress. I hope that this drive towards prosperity continues and Careem is able to open new opportunities for those willing to change their lives.