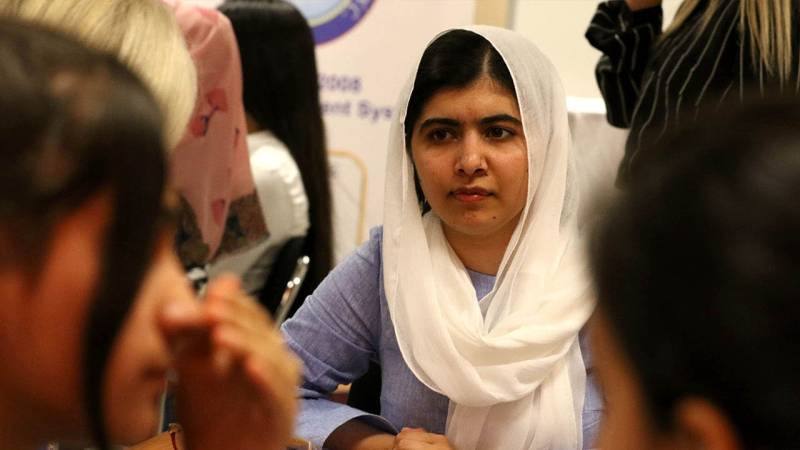 LONDON - Nobel laureate Malala Yousafzai expressed on Saturday that she was deeply concerned about the ensuing crisis in occupied Kashmir, calling on global leaders to work towards peace.

In a series of tweets, the famed educationist detailed that she talked to girls in the besieged valley who portrayed the actual situation on the ground.

Here is what three girls told me, in their own words: “The best way to describe the situation in Kashmir right now is absolute silence. We have no way of finding out what’s happening to us. All we could hear is the steps of troops outside our windows. It was really scary.”

"People speaking out for us adds to our hope. I am longing for the day when Kashmir will be free of the misery we’ve been going through for decades," she cited a girl as saying.

Malala, who was lampooned for keeping mum on the issue, said she was 'deeply concerned about reports of 4,000 people, including children, arbitrarily arrested & jailed, about students who haven’t been able to attend school for more than 40 days, about girls who are afraid to leave their homes.'

In another tweet, the social activist called on the global leaders and United Nations General Assembly 'to work towards peace in Kashmir, listen to Kashmiri voices and help children go safely back to school.'

I am asking leaders, at #UNGA and beyond, to work towards peace in Kashmir, listen to Kashmiri voices and help children go safely back to school.

India had revoked the special status granted to Kashmir on August 5 and had imposed a lockdown in the valley, despite calls by the international community to ease the restrictions.

Prime Minister Imran Khan is scheduled to address United Nations General Assembly (UNGA) on September 27 to highlight the crisis unfolding in the serene valley; he would also be meeting President Trump twice during his upcoming visit.