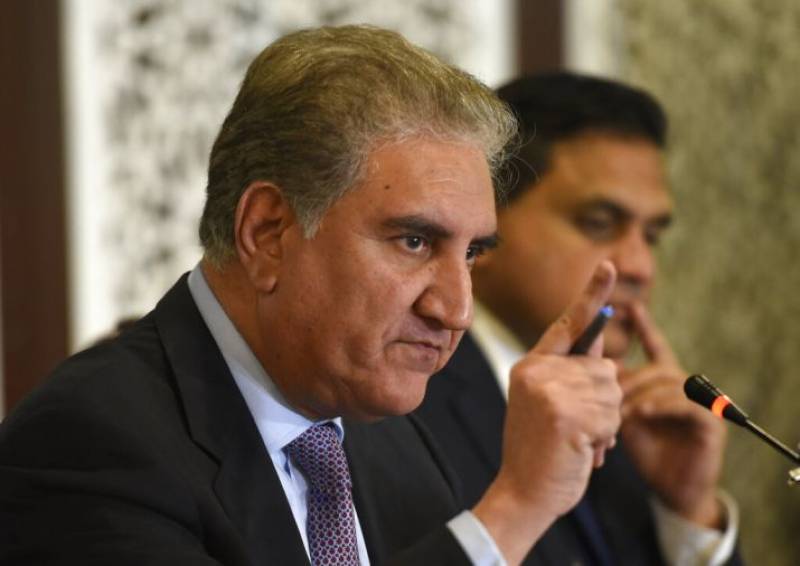 The Indian troops often resorted to unprovoked firing on the civilians at the Line of Control (LoC), while the Pakistan armed forces always showed responsibility and never targeted the civilian population on the other side, he said while talking to the media here at Manzoorabad.

The Pakistan Army even avoided to damage the civilian property at the LoC, he said.

Qureshi said the Pakistan Tehreek-e-Insaf (PTI) government had internationalized the issue of Jammu and Kashmir, which was taken up by the United Nations Security Council after 54 years.

Contrary to the past regimes, he said, the PTI government raised the Kashmir issue in an effective manner across the globe, which was now being discussed at almost all important international forums, including the US Congress, European Parliament,

The minister said he highlighted grave human rights violations and atrocities being committed by Indian occupation forces in the held valley at the Human Rights Council's meeting in Geneva two days ago.

About 58 countries supported Pakistan's stance and urged India to refrain from human rights violations in the occupied Jammu and Kashmir (J&K), he added.

Qureshi deplored that India was misleading the international community and terming the issue of Jammu and Kashmir its internal matter.

The Jammu and Kashmir, he said, was a disputed territory, where things were not normal. India had imposed curfew there and was not even allowing the people to perform their religious rituals, including Muharram processions, Eidul Azha and Friday prayers. The youth were being subjected to severe torture by the Indian forces, he added.

The foreign minister said Prime Minister Imran Khan in his address to the UN General Assembly on September 27 would present the Kashmiris case in an effective manner and also expose India's nefarious designs.

Referring to Friday's huge public meeting in Muzaffarabad, Qureshi said the whole world had observed the enthusiasm of the people of Azad Kashmir.

He said the RSS ideology had dominated the Modi government, which was working for the Hindutwa supremacy by ethnic cleansing of Muslims in the occupied Kashmir.

The Indian government wanted to convert the Muslim majority into a minority, he added.

To a question about Maulana Fazlur Rehman's march, Qureshi said the Maulana should better think of the sufferings of Kashmiris instead of doing personal politics.

The prime minister and his government were highlighting the gravity of Kashmir issue across the globe, he added. Qureshi also performed the ground breaking of sewerage schemes worth Rs 100 million in five union councils.