Such ‘political warrants’ will not work, says Husain Haqqani over SC order 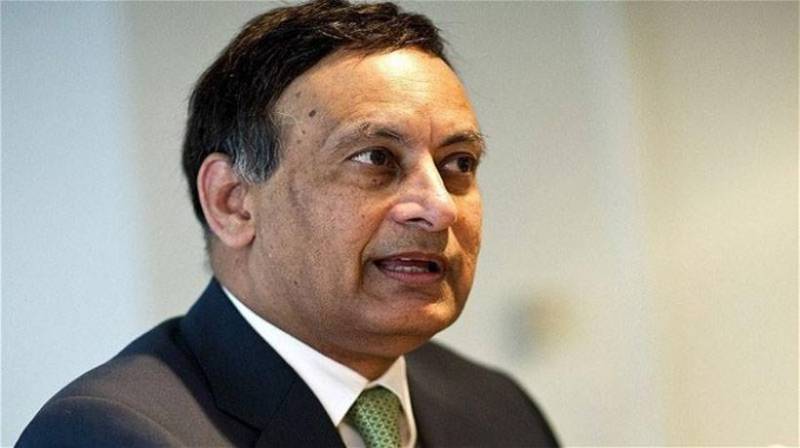 WASHINGTON – Pakistan’s former ambassador to US Hussain Haqqani on Thursday reacted over the issuance of arrest warrants by the Supreme Court against him in Memogate case.

Haqqani says, “Such political ‘warrants’ have not been honored abroad in the past, and will not work now,” adding, “Similar ‘Made for TV News’ warrants issued for Mohtarma Benazir Bhutto in 2006 and former General Pervez Musharraf in 2012 did not work nor were they effective against Mr. Altaf Hussain”.

Earlier today, the top court issued arrest warrants for Pakistan's former ambassador to the US Husain Haqqani in the Memogate case.

ISLAMABAD - The Supreme Court on Thursday issued arrest warrants for Pakistan's former ambassador to the US Husain ...

He said, “I have read with mild amusement the Pakistan Supreme Court’s claim to have issued international warrants for my arrest for failing to appear before it”.

Questioning authority of the apex court, the former ambassador said: “Nowhere in the world do Supreme Courts issue warrants, that being a function reserved for trial courts. I have not been charged with any crime and have not been put on trial”.

It is sad that some judges of the highest court of Pakistan persist with such antics for local TV news coverage, he said.

He said that such measures will not interrupt his life. Haqqani said, “I am confident and comfortable about carrying on my life, uninterrupted by the extra-legal maneuvering that passes off for judicial proceedings in Pakistan”.