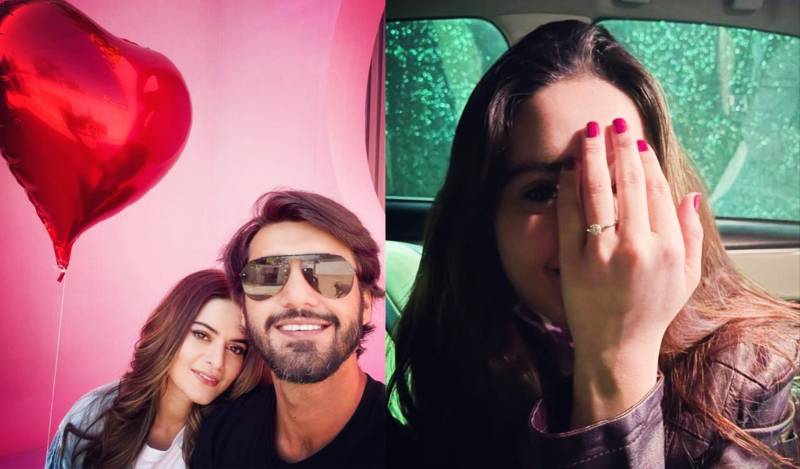 Talking about 'love is in the air' - Pakistan's sweetheart Minal Khan and beau Ahsan Mohsin Ikram have sealed the deal this Valentine’s Day as the couple got engaged on Sunday.

Posting a picture of the Jalan star with her ring, Ahsan confirmed the news via his Instagram handle.

Keeping up with the tradition, the social media queen Minal also kept her Instagram feed updated, as she shared a simple yet sweet selfie of the two.

"Love is in the air ❤️Simple and sweet.", wrote the 22-year-old actress.

Fans and fellow celebrities were overjoyed as comments of congratulation and best wishes poured under the couple's Instagram post.

The couple had confirmed they have been seeing each other since November, after Khan's 22nd birthday.

Previously, the adorable couple gave a surprise visit together to Ahsan's grandmother on her birthday.

Khan last appeared in Jalan and Nand, which became to be the most talked-about television dramas due to their controversial content.

Making your relationship public on Instagram is a milestone. It means that you're serious enough to introduce them to ...