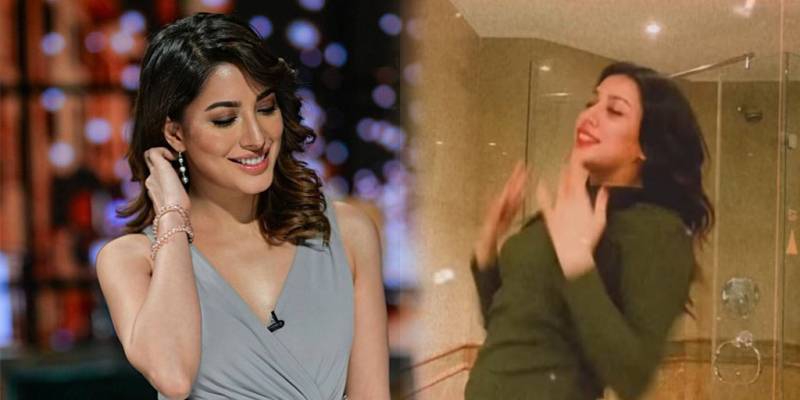 The Dillagi star took to her Instagram handle where she can be seen grooving to the emotive tune.

Heartbreak Anniversary rocketed to the number-one position at urban radio, giving Giveon a career first on this airplay format.

The Tamgha-e-Imtiaz recipient, who won the hearts of her fans with her skills on television and cinema screens, never fails to make it to the headlines for her ultra-glam choices.

This time the 34-year-old makes our hearts skip a beat with her stunning moves. In the viral clip, the diva can be seen dancing in her bathroom wearing a high-neck green sweater. The video has received a lot of lovely comments from her fans while others opposed as usual.

Mehwish Hayat is one of the most bankable female superstars of Pakistan. The Dillagi star was awarded Pakistan’s ...

Earlier, Mehwish said she was happy for Humayun Saeed for his role in The Crown on Netflix season 5 and wished him all the luck.