Hilary Duff says being a young mother was 'a little isolating' 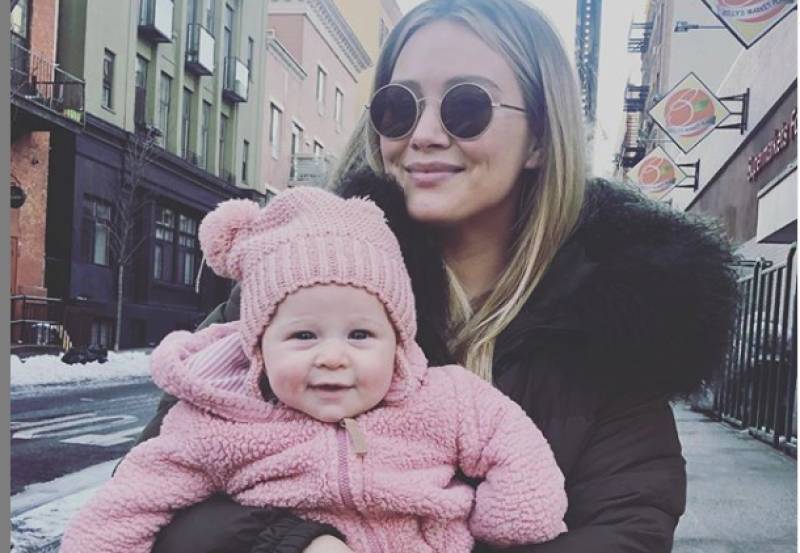 Motherhood is tough and Hilary Duff knows all about it.

In a new conversation for The Motherly Podcast, the actress opened up about parenting, starting at the beginning with her pregnancy with her first child at 23 years old. As she explained, her perception of motherhood at the time was influenced by her own parents.

“I guess I thought like you’re a real adult once you have a baby. But, that looked very different than how I looked. Like, when I think of my parents when I was like 10 or so, I feel like they looked so old even though they didn’t,” shared Duff.

She continued, “My perception was like, ‘Oh, you have all the answers and you know all the things. Everything you say goes because you are God.’ I think that when I got pregnant that shifted into like, ‘This is just me but I’m going to have to be that person to somebody. I guess I’m saying it in a very simple way but I very much felt like myself and a little fearful that I wasn’t going to have all the answers. It looked like maybe an older person’s job to be a parent.”

Duff explained that once Luca, now 7, arrived, everything in her life changed, “It was a little isolating in the beginning because I didn’t have any friends that had babies yet.”

Sharing an ice cream scoop with this guy after home work is dreamy beyond my imagination. Also the termite(👶🏼) is sleeping and the big boy and I get our night x

She mentioned, “But I had been working for such a long time that it felt like a natural step for me and I always knew I wanted to be a mom and I always knew that was going to be my number one priority in life. So, I felt ready on some fronts and a little scared on others, but really I only got scared once I was pregnant, you know, thinking like, ‘Oh this is actually really happening. What if this? What if that?'”

Once the baby arrived, Duff said being a mother is one of "the happiest, most beautiful experiences."

“I did feel like after I had him, I lost a big chunk of my identity for maybe the first year and a half,” Duff said, adding that it wasn’t necessarily a “negative thing.”

“At times, I was sad about it, but you know it’s full on. I don’t remember setting him down for the first three months of life. I was obsessively googling things and I just took it really seriously that I didn’t realize how all-encompassing it would be. I knew it was the most important, the biggest job in the world but you know, it looks very different once you’re just in the household with the baby by yourself all the time. It was shocking and it was also the happiest, most beautiful experience, so those two things butting up against each other is quite a strange mix sometimes.”