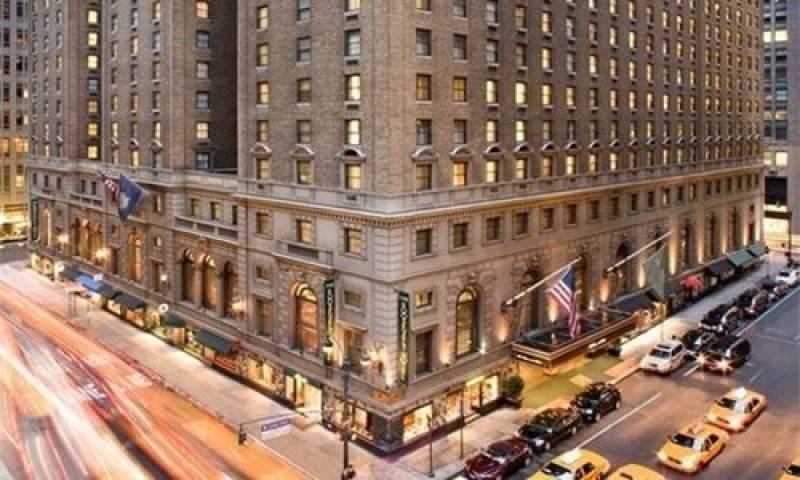 ISLAMABAD – The Standing Committee on Privatisation of National Assembly was informed on Wednesday that US President Donald Trump has showed interest in buying the Roosevelt Hotel in New York, which is owned by Pakistan International Airlines (PIA).

This was revealed by MD PIA Investments during the meeting of the committee which was attended by Privatisation Minister Muhammad Mian Soomro, PML-N leader Khawaja Asif and other members.

The PIA official said that the US president had expressed interest in the past and still wanted to purchase the iconic hotel, which suffered at loss of $1.5 million last year.

But, it is also a fact that the entity remained profitable for 99 years.

“The government has tried 10 times to sell the hotel.”

The privatization minister informed the media that the government was not going to sell the hotel instead a decision has been made to lease it out or work in a joint venture with the private sector.

The PTI government had faced a stiff opposition after reports of its privatization emerged.

Following the opposition, the Cabinet Committee on Privatization (CCoP) on July 12 decided to not go for selling of Roosevelt Hotel.

Adviser to the Prime Minister on Finance and Revenue chaired a meeting of the CCoP where it was decided that the hotel of the embattled national carrier will now be run through a joint venture with a third party.

The CCoP on the request of the Aviation Division has de-notified the Roosevelt Task Force formed earlier under the chairmanship of Minister for Privatization for framing Terms of Reference for leasing the Roosevelt’s site for setting up a joint venture project.

“CCoP also directed PC to hire a Financial Adviser to start the process for the transaction in the light of the report of Ms Deloitte from July 2019 which recommended “that the highest and best use of the Roosevelt Hotel Property is to redevelop the site into a mixed use (through Joint Venture) of primarily office tower over retail and condominium”. It was also directed that Ms Deloitte would update its study on the Hotel transaction in the next 4 weeks and the same shall be shared with the CCoP,” read official press release.