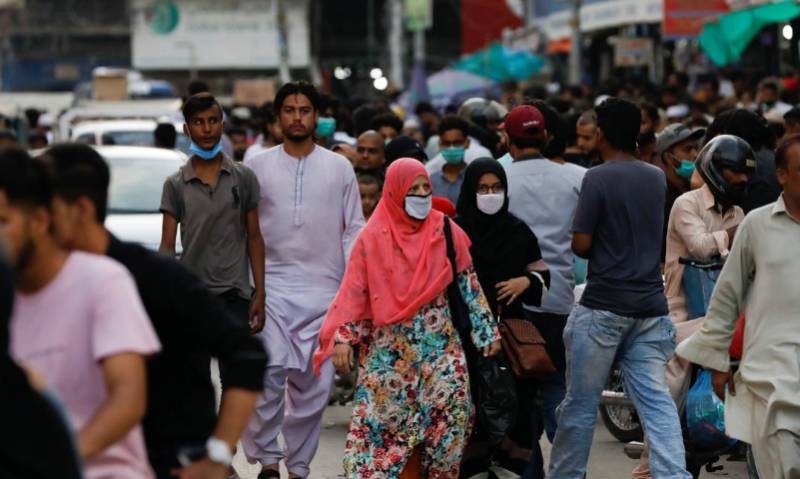 The total number of the Delta variant of the coronavirus, which first surfaced in India, has surged to 100 in Karachi after the health official confirmed 65 new cases on Thursday.

The National Institute of Virology (NIV) at the University of Karachi in a statement said that the provincial health department has sent 2,063 samples earlier this week for testing, adding that Delta variant has been confirmed in 94 samples.

The officials said that two cases of the Beta (South African) variant, two cases of a wild-type variant and 25 cases of unidentified variants were also detected during the screening.

"The 25 [cases] may be Delta Plus variant or a new variant," read the official statement issued by the university.

The statement noted that 15% of samples collected between June 25 and July 9 had turned out to be Delta variant cases in a previous genotyping analysis. "Its proportion in positive cases is rapidly increasing," it observed.

"Researchers of the National Institute of Virology are constantly monitoring the spread of this variant in the metropolis, which is really a matter of concern," it added.

Earlier this week, the Sindh Health Department confirmed that 35 Delta variant cases were detected in Karachi.