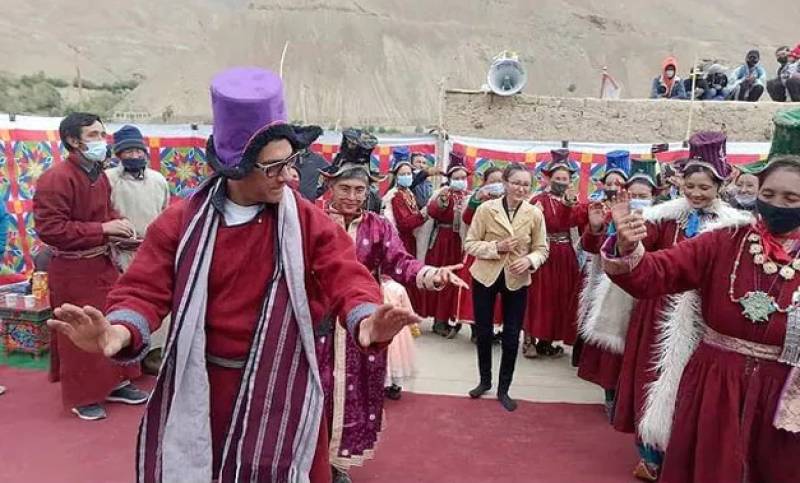 Bollywood superstar Aamir Khan and Kiran Rao, who recently announced their separation after 15 years of marriage, are spotted dancing on the sets of Laal Singh Chaddha.

Aamir and Kiran, in their separation announcement statement, had specified that they would continue to work together on common projects and Laal Singh Chaddha is one among them - the film is being produced by Aamir and Kiran as part of Aamir Khan Productions.

In a viral video which has surfaced online, Aamir Khan and Kiran Rao can be seen dancing with locals at what appears to be a cultural get-together.

Laal Singh Chaddha is a remake of Forest Gump, helmed by Advait Chandan. Other prominent actors in the movie include Kareena Kapoor Khan, Mona Singh and Naga Chaitanya.

The team of Laal Singh Chaddha recently filmed an important sequence in the Ladakhi village of Wakha and the now viral video appears to be a snippet from when the film's team were welcomed by the locals. In the video, Aamir and Kiran can be seen dressed in traditional Ladakhi attire as they join a dance party - the former couple can be seen picking up the steps, led by a guide.

Pehli Si Muhabbat star Maya Ali adds another jewel to her crown as she won the Most Stylish Actor Film awards at the ...