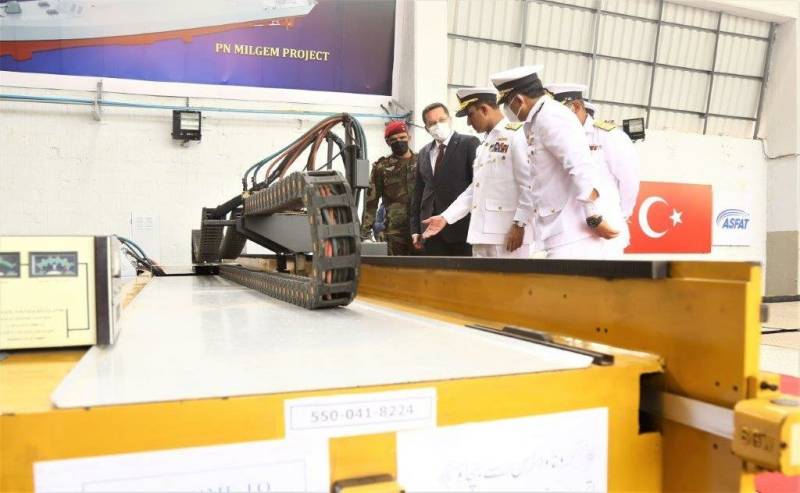 Chief of the Naval Staff Admiral Muhammad Amjad Khan Niazi, who was the chief guest here, lauded the mutual cooperation between Ministry of Defence Production, Pakistan Navy, Karachi Shipyard and Turkish Company for the construction of battle ships.

The contract for four corvettes with ToT has been signed with ASFAT, which entails construction of two corvettes at Turkey and two at KS&EW, Pakistan.

Speaking on the occasion, Admiral Niazi expressed pride in witnessing steel cutting ceremony and underscored the event as defining moment between two nations. 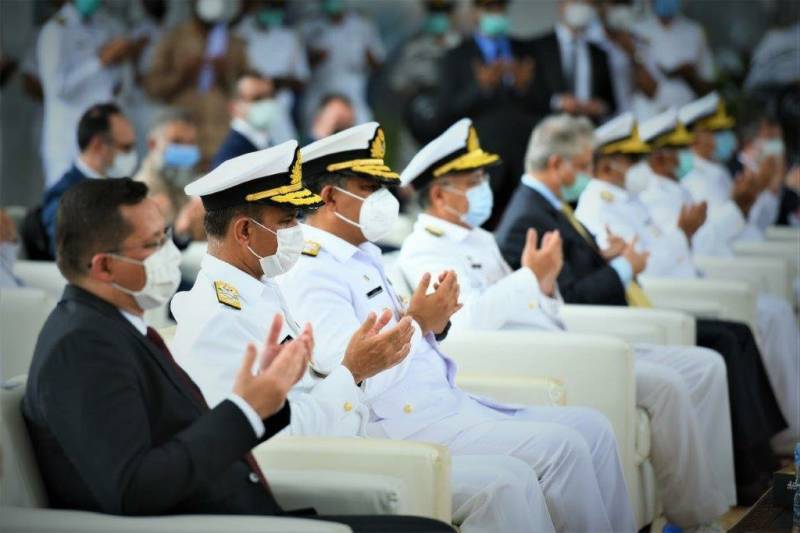 He also acknowledged the commitment and dedication of KS&EW & ASFAT for meeting challenging construction schedule despite the COVID-19 pandemic.

Niazi said induction of MILGEM-class corvette ships will further improve the capabilities of Pakistan Navy to cope with the conventional and non-conventional threats.

The MILGEM Class corvettes will be technologically most advanced platforms of Pakistan Navy, equipped with modern surface, subsurface and anti-air weapons, sensors and Combat Management System. "These ships will contribute in maintaining peace, stability & balance of power in IOR," the PN said in a statement.

SHANGHAI/KARACHI – China has begun construction of third 054A frigate for Pakistan Navy. A ceremony to this ...