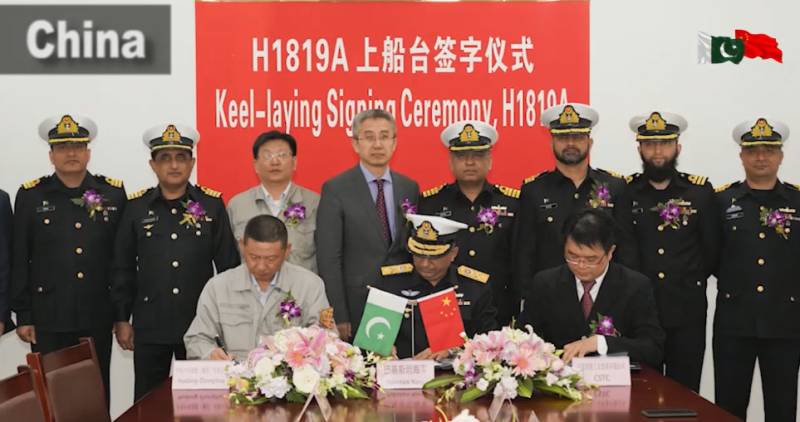 SHANGHAI/KARACHI – China has begun construction of third 054A frigate for Pakistan Navy.

A ceremony to this effect was held at Hudong Zhonghua Shipyard.

Pakistan Navy has concluded a contract for construction of four corvettes fitted with state-of-the-art surface, sub-surface and anti-air weapons and sensors integrated through an advanced Network Centric Combat Management System.

A spokesperson of Pakistan Navy said both the ships will be laced with modern technology & equipment and sensors.

The spokesperson said the induction of these ships into our fleet will further strengthen the country's maritime defence and help maintain balance of power in the region.