WATCH – Hira Mani robbed at gunpoint outside her home in Karachi 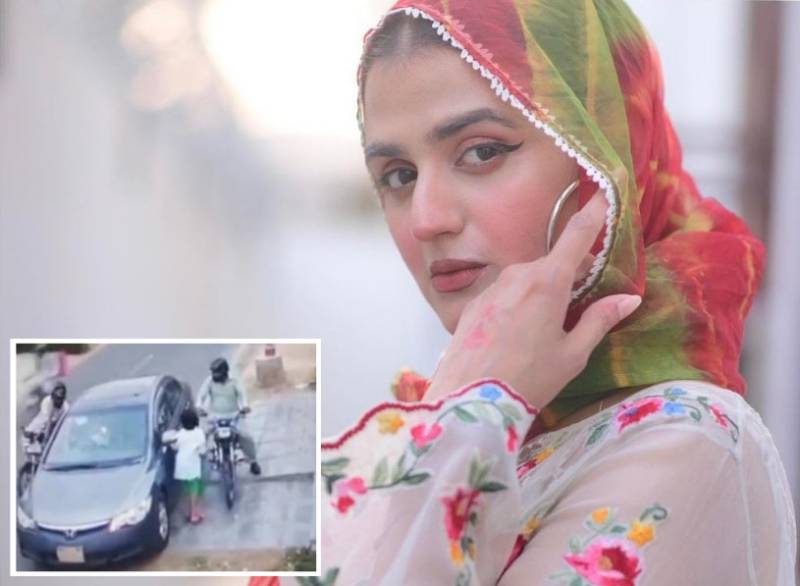 KARACHI – Pakistani actress Hira Mani got robbed at gunpoint in broad daylight in the driveway outside her house in Sindh capital.

Hira along with the children can be seen parking a saloon car in the driveway when two armed motorcyclists approached the actor’s vehicle and deprived them of her expensive items.

Both of Hira’s sons can be spotted in the released footage. The eldest son of the  Do Bol actor can be seen getting off the car and ringing the doorbell.

Following that, her younger son also walks out when muggers approached the family. The thugs left soon after snatching the valuable items while no one was hurt in the incident.

The CCTV footage of the robbery is going viral and has created fear among Karachiites.

KARACHI – Two of the muggers, pretending to be online food riders, were nabbed Saturday in a robbery bid near the ...

The actor also shared a story on his official Instagram mentioning his son as during the robbery bid. 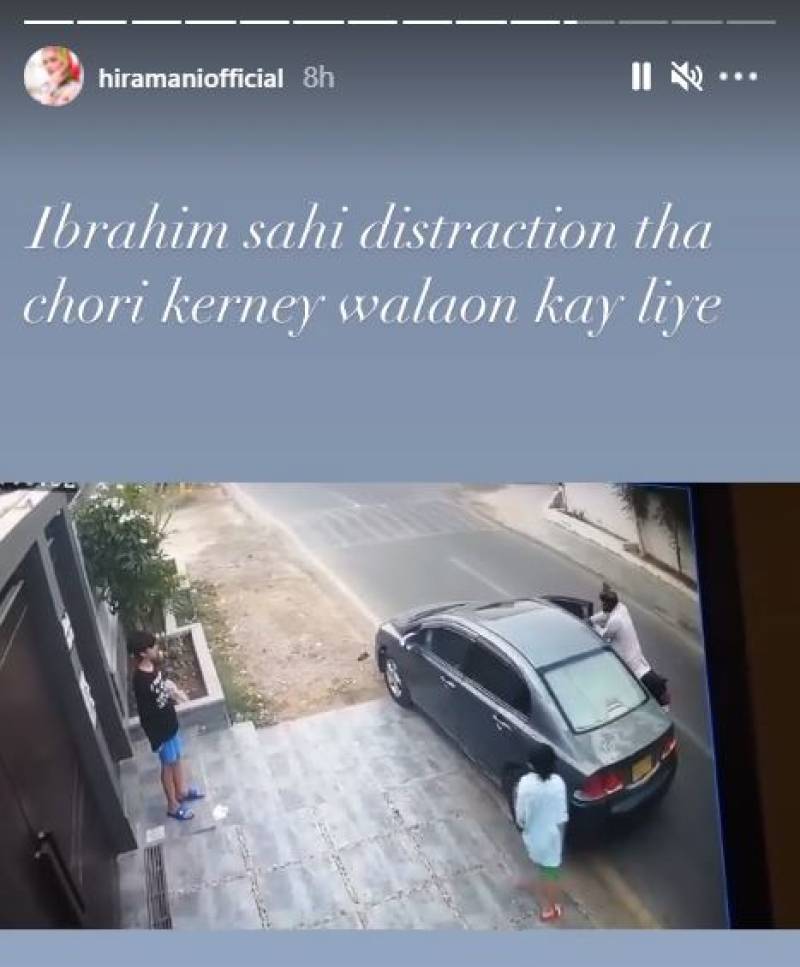