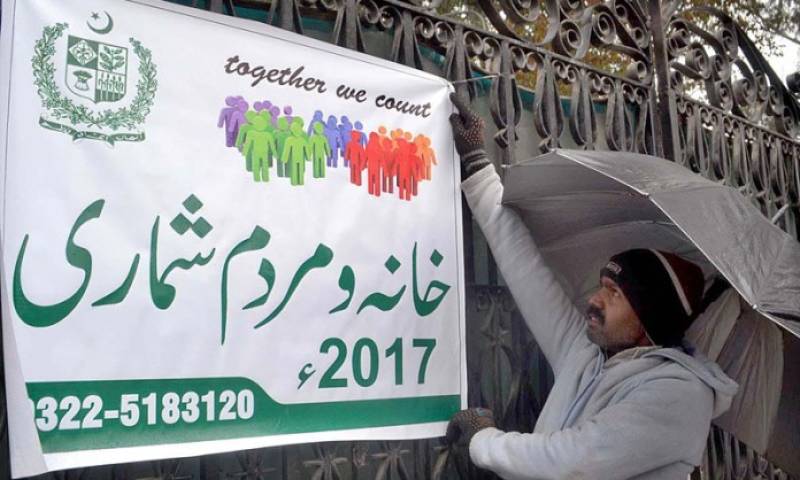 ISLAMABAD - Pakistan's much-awaited sixth population census is set to simultaneously begin in 63 districts all across the country during the first phase of the exercise today.

The census is being conducted after a gap of 19 years. The last census was done back in 1998 during premier Nawaz Sharif's second stint.

In the second phase, the census will be conducted in eighty-eight districts all across the country.

The services of 84,000 enumerators are being utilised in collecting the data from about 168,120 census blocks across the country.

The Bureau has reserved about ten percent staff and supervisors, hence bringing the total staff for census to over 118,000 persons, the largest ever.

In addition to enumerators, 200,000 army personnel have been engaged for the exercise, they said, adding that one army soldier would be attached with one enumerator throughout the exercise and they would be provided proper security cover up by the Army.

The Bureau has set March 18 as reference day and who ever present in the country on the day would be included in the census.

“Anyone who has lived in a particular place from six months on the reference day, would be registered from that place,” the sources added.

For the first time in the history of Pakistan, transgenders will also be counted in the census, while the board would also conduct a survey later for identification of count and the nature of their disability.

A helpline 0800-57574 has also been set up for queries about the census process.