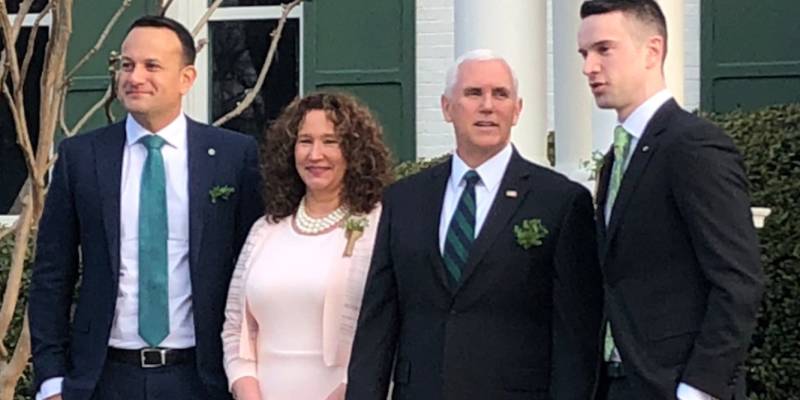 LAHORE - The Irish prime minister, Leo Varadkar, who is gay, brought his partner to a meeting on Thursday with the US vice-president, Mike Pence, a conservative Christian once dubbed “the face of anti-LGBTQ hate in America”.

Vice President Mike Pence invited me and Matt to his home at the Naval Observatory this morning. It’s great to be back here for a really warm reception. pic.twitter.com/Wkh2Ic8lWP

While the Pences hosted Varadkar last year as part of an annual trip the Irish delegation makes to Washington, this year the vice president and his wife, Karen Pence, also invited Varadkar's partner, Matthew Barrett.

Varadkar is one of only a handful of state leaders globally who identify as gay. He touched on his sexuality in his brief remarks at the breakfast: "I stand here, leader of my country, flawed and human, but judged by my political actions and not by my sexual orientation, my skin tone, gender or religious beliefs."