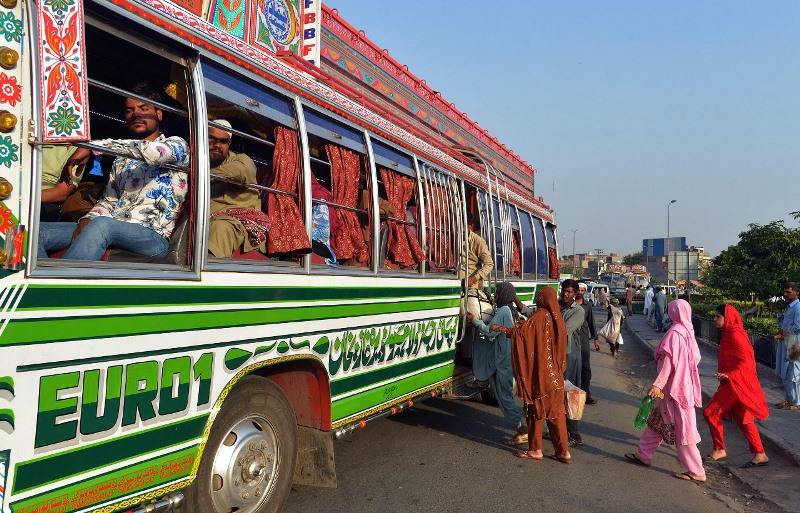 ISLAMABAD – National Command and Operations Center has decided to open all markets and shops from Monday while the inter-city and intra-city transport will resume tomorrow (Sunday).

The decision was taken in a meeting with Federal Planning Minister Asad Umar in the chair as Eid-ul-Fitr Holidays (May10-15) are ending today.

The forum decided to allow shops and markets to remain open till 8pm from Monday. Earlier the time was reduced in a bid control spread of COVID-19.

All offices will be allowed to resume normal working from Monday with 50 percent staff, state broadcaster reported.

Pakistan Railways has also been allowed to restore operations with 70 percent occupancy.

The NCOC has expressed satisfaction over the implementation of SOPs during the holidays. It will again review the COVID situation in the country on Wednesday.

Pakistan has reported 1,531 coronavirus cases in a single day, the lowest in over two months.

As per data obtained from the National Command and Operation Centre (NCOC), at least 83 people lost their lives due to the third wave while 1,531 fresh cases have reported in the last 24 hours.

Pakistan conducted nearly 30,248 tests of the deadly virus, while the positivity ratio dropped at 5.06 percent.

The country's total death toll from the novel virus has climbed to 19,467 while the most number of deaths were reported in Punjab, followed by Khyber Pakhtunkhwa province in second place.

Of the 83 who passed away from coronavirus on Friday, 73 had been admitted to hospitals while 36 were on ventilators.

Meanwhile, amid the lockdowns imposed by the government across Pakistan, the rate of new coronavirus cases has declined by 61 percent of the peak cases.

LAHORE – Punjab government has likely to extend lockdown till May 24 amid fears of coronavirus spread in the most ...