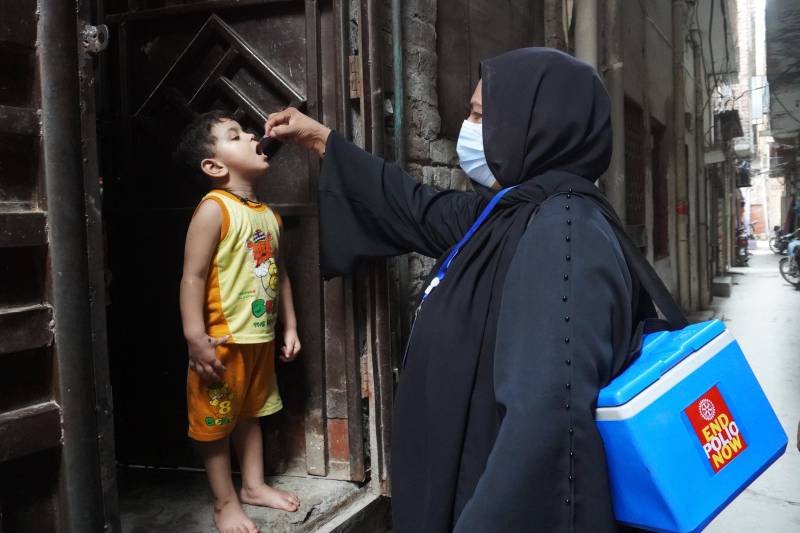 WANA – The wild poliovirus type 1 has paralyzed a one-year-old child in the mountainous region of northwest Pakistan in the third such case reported in the country this year.

Earlier in January this year, Pakistan marks an achievement with no new polio cases in a year however, the authorities detect the country’s first case of the debilitating neurodegenerative disease in April this year.

The samples of the infected tot were taken on May 7 and it was learned that the boy was not vaccinated against the crippling disease.

The health ministry expressed concerns over the detection of more poliovirus cases in the country as the country of 221 million has reported two cases in 2022 so far. All the cases have been reported in North Waziristan.

Some media reports suggested that the resurgence of wild polio is linked to 'fake finger marking’. The vaccinators reportedly mark the fingers of the vaccinated children but the people resisted vaccination.

Polio historically thrived in the borderlands between Pakistan and Afghanistan where militants attacked and even killed anti-polio teams.

In the most recent incident, a cop guarding a polio vaccination team was martyred after unidentified gunmen fired at him in Kohat district of Khyber Pakhtunkhwa on Saturday.