'It's sad': Deepika speaks about ban on Mahira's 'Verna' 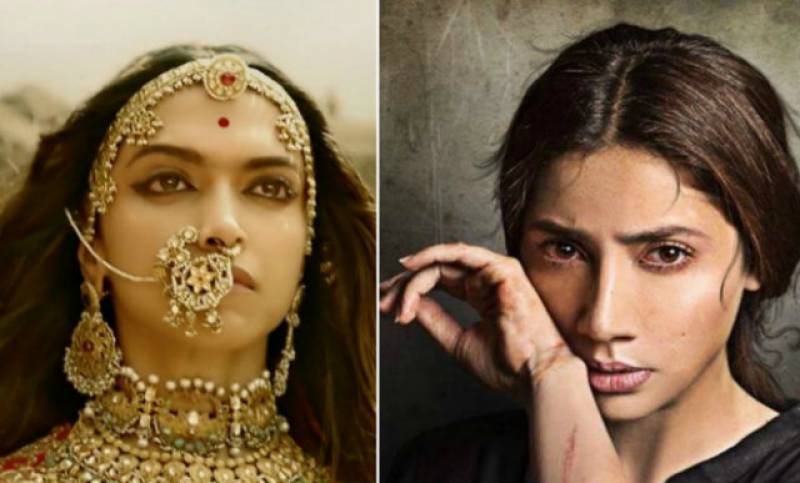 MUMBAI -  Bollywood's star Deepika Padukone, whose upcoming film Padmavati has been in hot waters after being banned by the Indian censor board, has spoken in favour of the upcoming movie of Pakistan's Mahira Khan, which is also facing censorship troubles.

Speaking about the ban on Shoaib Mansoor's latest movie on sexual abuse, Deepika told Pinkvilla: "Yes, It’s sad that a small section of people don’t understand the power of cinema and what it can do to the world.

"It brings people together, it spreads love, it’s fascinating what cinema can do and it’s sad that a certain group of people choose to not recognise that.”

Verna is the story of a rape survivor's quest for justice.

Deepika, who plays the title role in Sanjay Leela Bhansali's Padmavati along with Ranvir Singh and Shahid Kapoor, says that “nothing can stop the release of this film”.

The movies of both these beauties, who have starred alongside 'King' Shahrukh Khan, are set to release this winter.

Verna will release on November 17 while  Padmavati comes out on Dec 1.