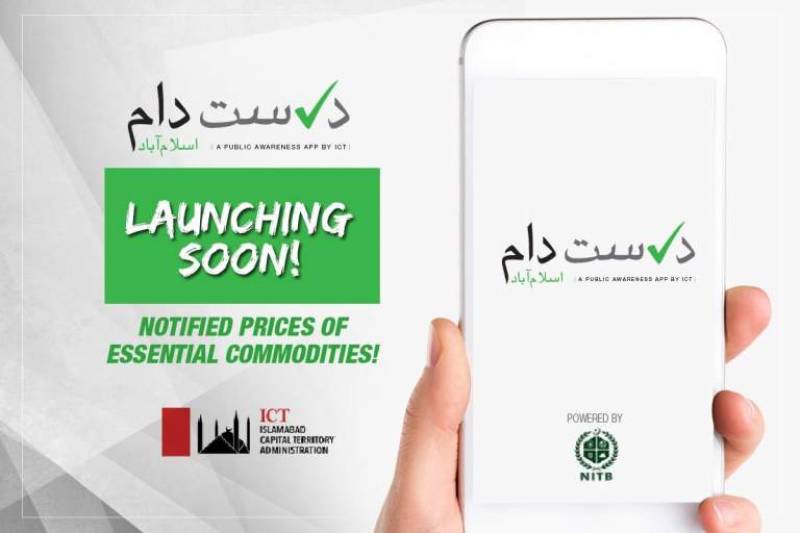 The application was developed in collaboration with National Technology Board (NTB) to facilitate the citizens of Islamabad, Chief Commissioner Islamabad Aamer Ali Ahmed said while addressing a ceremony.

With this initiative, he said the capital dwellers would be able to view daily prices of essential commodities including fruits, vegetables and poultry products.

It would also offer easy complaint registration against shopkeepers and traders violating the official price lists, adding that previously, residents were asked to lodge complaints against profiteers on Pakistan Citizens Portal app, he added.

He said price magistrates were also paying regular visits to ensure price control in their respective areas and violators were being fined.

Speaking on the occasion Minister for Information Technology and Telecommunication Dr Khalid Maqbool Siddiqui said as the world was moving from traditional economic models to knowledge intensive models, Pakistan was fully poised to harness the benefits of this transformative model.

"I have a strong belief on my people's potential, which could help us achieve our vision of digital Pakistan," he added.

He appreciated the efforts of district administration and NITB for developing such App to facilitate the public.

NITB Executive Director Shabahat Ali Shah said the government has a central focus on social responsibility and in that regard many other Apps were underway which would be launched soon.

The board was working on digitization of payments in order to realize the full benefits for the economy as cash is still the preferred mode of payments for our routine and day to day activities, he added.