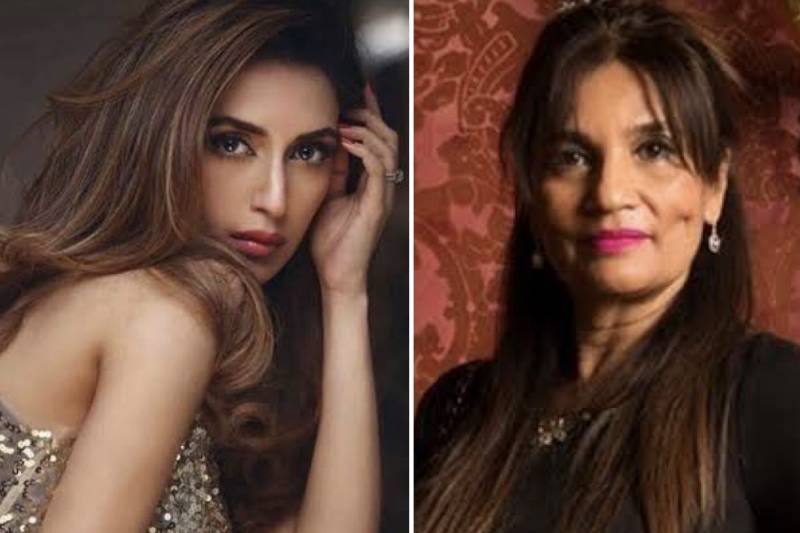 Supermodel Iman Ali landed in trouble after she was called out for some of her comments by fellow model Mushk Kaleem. During her appearance at Iffat Omar’s web show, Iman talked about how models today are not as smart and knowledgeable as they used to be.

She also took a dig at the way the models these days communicate with each other.

Im extremely surprised in Iman Ali's behavior. She demeans not just models but criticized Mahira khan & Fawad Khan.A cheap publicity stunt as she has a movie coming up.Shame on anyone who ridicules success with condescension @TheMahiraKhan @imanalipk @_fawadakhan_ @Maheenkhanpk

Altaf also talked about the segment when Iman was asked what the celebs would be if they weren’t actors. To this, Iman commented, “Fawad could have been a failed stand up comedian while Mahira should have stayed a VJ.”

“A cheap publicity stunt as she has a movie coming up. Shame on anyone who ridicules success with condescension,” Frieha continued.

Disappointed is the word .in the end Iman Ali will be the looser as she has revealed her true calibre. Very very sad

Sharing her two cents on the matter, Khan wrote:

“Disappointed is the word. In the end, Iman Ali will be the loser as she has revealed her true caliber. Very, very sad.”