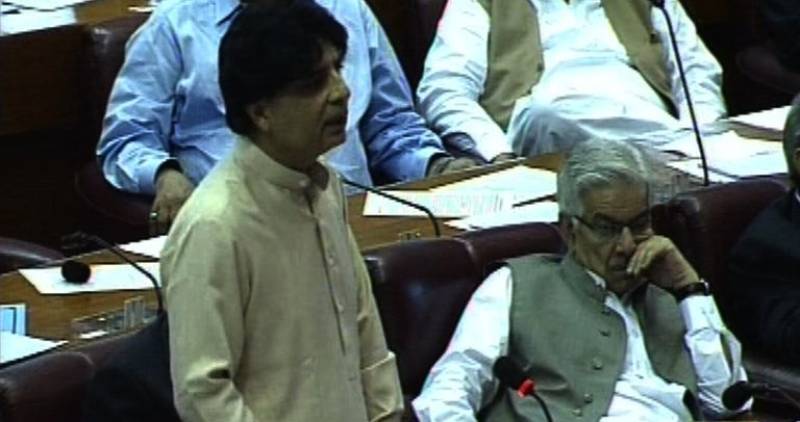 ISLAMABAD (Web Desk) - Minister for Interior, Chaudhry Nisar Ali Khan on Tuesday stated that action was being claimed against the officials who committed negligence in issuing visa to deport US citizen Matthew Barrett.

Responding to a point of order of Member National Assembly (MNA) Dr Shereen Mazari in the National Assembly, the minister said action has likewise been held against the FIA official who committed negligence in granting entry to Matthew Barrett.

He pronounced that the official who identified him, was given appreciation and a cash award of Rs 100,000 while clarification was sought from DG Immigration and DG FIA.

He said that the American national was deported in 2011 from the country. Despite this, Matthew was issued a visa by the Pakistani Consulate in Houston within 24 hours, he added.

Nisar said that the Matthew Barrett didn’t fill many sections of the visa form while in some places he replied both ‘Yes’ and ‘No’. He added investigation was being carried on in this regard.

He said that deported American national, Matthew Barrett was arrested by security personnel in 2011 from Fatah Jang. He said his father-in-law who was a lawyer defended him in the Supreme Court but he was deported on the order of the Supreme Court.