Another First in Pakistan: Transgender on the Cover of a Fashion Magazine 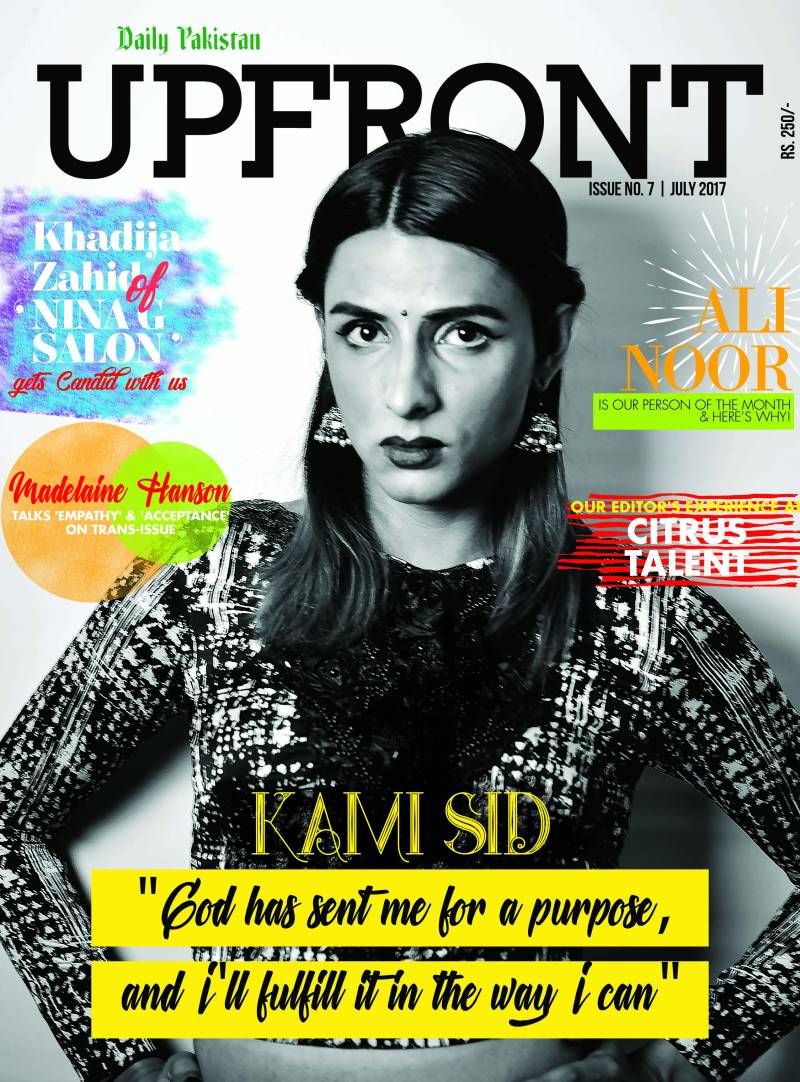 Kami Sid was photographed by Nadia Narejo in a checked black and white top for the exclusive cover story for UPFRONT. 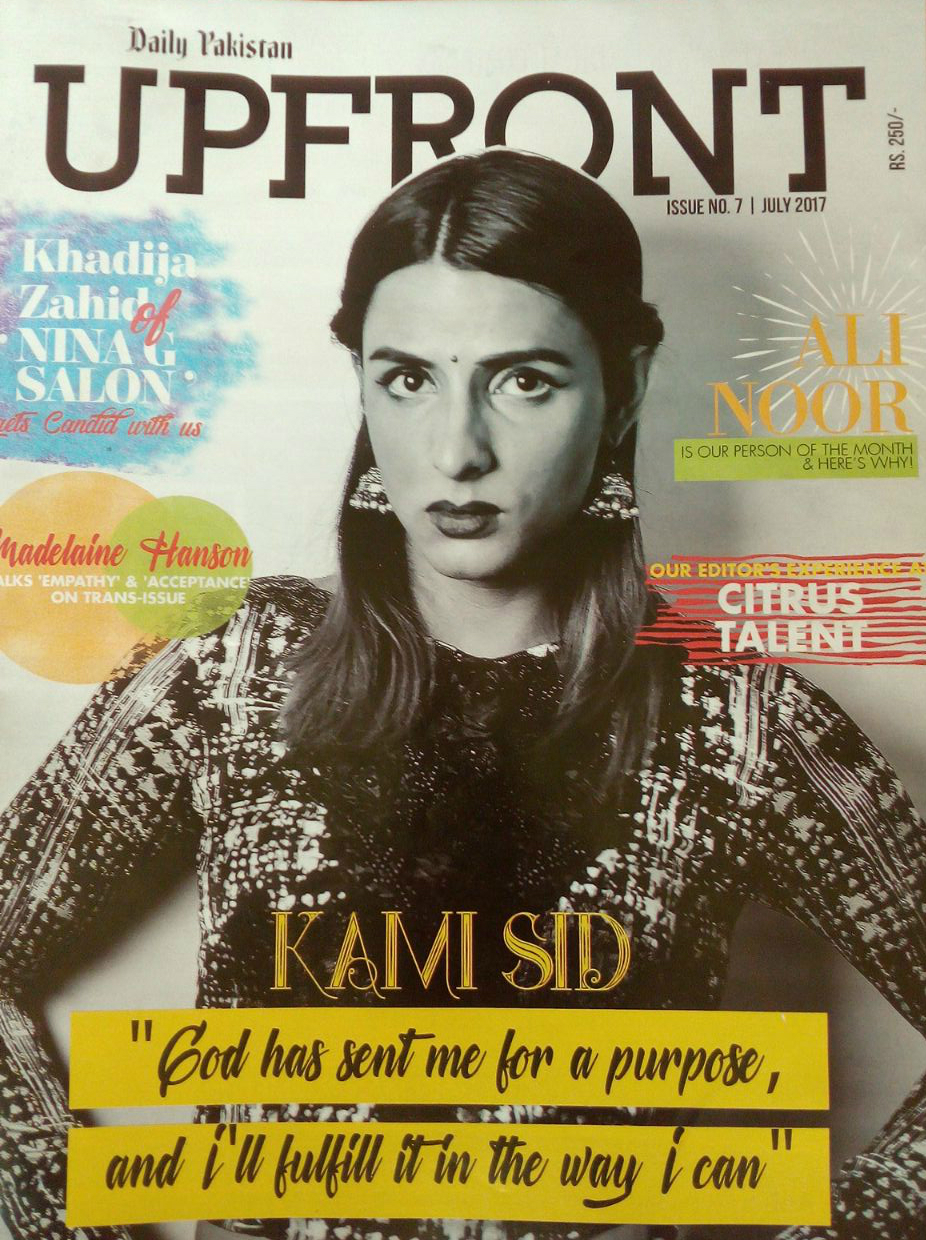 Kami Sid is an ardent activist for her country’s marginalised transgender community, despite threats, prejudice and the concerns of her family.

Pakistan may seem like an unlikely place for transgender activism. But in South Asia, the khawaja sira community (known pejoratively as hijras), an organised group of trans people, have long been part of society and local culture. It is perhaps this side of the culture that exhibits itself amidst stifling environment inimical for any minority.

But Kami Sid is adamant on speaking up for the marginalized community. Speaking to Daily Pakistan after the magazine's release, Sid thanked the publication for publishing her stance despite the fact that taboos and stigmas surround the community.

"It's a step in the right direction and will hopefully have a profoundly positive impact as it pushes the boundary further and make people realize that so many things remain unaddressed," Kami told Daily Pakistan.

She added that mainstream media has long been insensitive to the transgender issues and is always inclined towards the stereotypical reputation of the transgender community "which shows them only as dancers and prostitutes."

Kami's upcoming film, titled Rani, has been directed by US-based director Hammad Rizvi and produced by Karachi-based production house GrayScale and hopes through this effort.