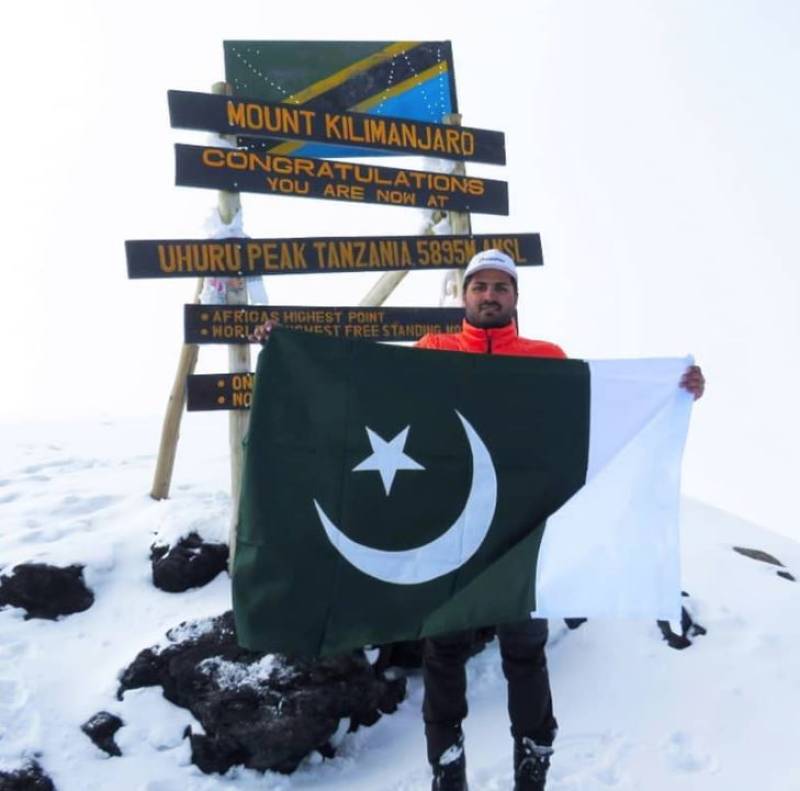 ISLAMABAD – A young climber Asad Memon has summited Mount Kilimanjaro, the highest peak on the continent of South Africa.

According to Memon, it took him 20 hours to complete the summit and return to the gate of Mount Kilimanjaro. The 23-year-old reached the finishing point at midnight between Feb 15-16 after climbing the Uhuru peak of Kilimanjaro.

With the recent accomplishment, Asad Memon became the first Pakistani and Asian to summit Mount Kilimanjaro within 24 hours.

For Memon, the recent summit is the third mountain of his ‘Seven Summit Challenge’.

Last year, he had successfully climbed Aconcagua, the highest peak in the Americas, and hoisted the Pakistani flag at its top, located in Argentina.