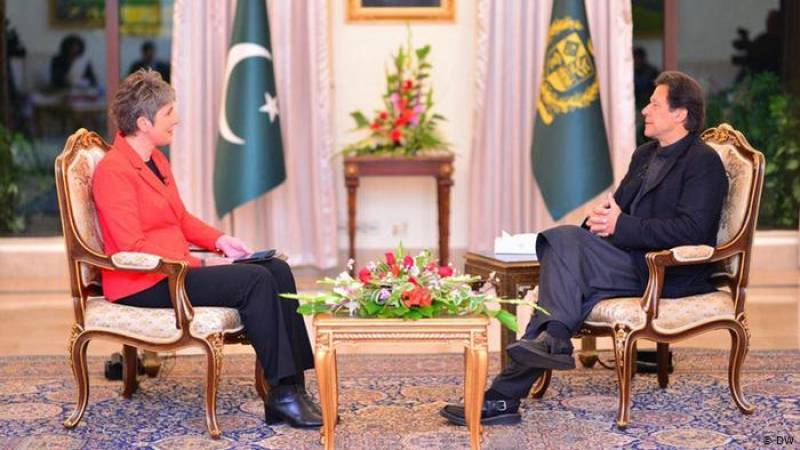 ISLAMABAD – Prime Minister Imran Khan has warned that a military conflict between Saudi Arabia and Iran would be disastrous for Pakistan.

In an exclusive interview with German broadcaster DW Editor-in-Chief Ines Pohl, Khan while talking about the regional tension said that Pakistan was making best efforts to regional tension.

“It's true that we live in a difficult neighborhood and we have to balance our actions. For instance, Saudi Arabia is one of Pakistan's greatest friends and has always been there for us. Then we have Iran, with which we have always maintained a good relationship. Therefore, a military conflict between Saudi Arabia and Iran would be disastrous for Pakistan. We are trying our best to make sure that ties between these two countries do not deteriorate. It is a region that cannot afford another conflict” the Pakistan premier said during the interview published on Thursday.

Talking about Afghan conflict, he said that Pakistan was also doing its best to bring peace in the neighbouring country.

“It is a country that has suffered so much in the past 40 years. We pray that the Taliban, the Americans and the Afghan government achieve peace.”