People trolled us because they thought we were faking our covid-19 diagnosis: Nida Yasir 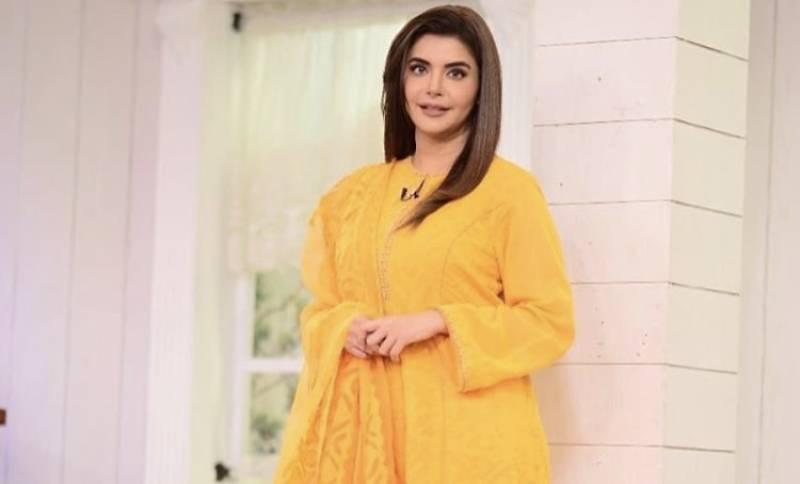 At one point or another, we’ve all had the desire to live like the stars. Access to glamorous parties, fancy clothes, the best makeup artists and the list goes on. However, these influential people don’t always have it easy, especially in the age of Internet trolls.

The latest celeb under attack? Nida Yasir. About three weeks ago the talk show host tested positive for coronavirus. However, the actor has now recovered and continued with her morning show.

On Monday, Nida shared how much she missed coming on air, while she and her family were battling covid-19.

Addressing the ongoing pandemic, she said, “I always told my sister that there is so much hoo-ha about corona, humare kisi qareebi banday ko tou hua nahi (No one close to us has tested positive). And we didn’t really think of getting tested since I really didn’t have any symptoms of the virus as I was doing a live show till the very last day.”

Nida further revealed that her family decided to get tested when her husband Yasir Nawaz caught a fever. “Yasir went to recce and when he got back, he had a mild fever. Every area has its own health sector. You call them, you tell them the symptoms, that’s when they will guide you whether you should get tested or not,” the host added.

“Yasir’s Mera Dil Mera Dushman co-star Naveed Raza called him and told him he has a similar fever. So did Alizeh Shah and Naouman Sami. The next morning when our daughter, Sila, woke up, she had the same fever. That’s when Yasir panicked. I still didn’t have any symptoms.”

Even though the entire family took the test but it was just her, Yasir and Sila whose results came back positive. “There were three kinds of symptoms in our house: Yasir with severe symptoms, Sila with mild and I had none,” she said. “As a responsible citizen and colleague, the first thing I did was to call my programme head since I was working with so many people. I asked him to get everyone tested – including the crew and the guests of the morning show. All of them were negative.”

Nida also talked about how difficult it was for her to stay away from her five-year-old during self-isolation, “The hardest thing was to not be with my son. He’s so young, he would be crying and I couldn’t go and hug him. We’d wave hands from a distance. It’s very difficult. That’s why everyone says that you should only go out if there’s an absolute need for you to.”

The Naadaniyan actor thanked the one’s who wished her well but at the same time she shared how hurt she felt after receiving hate as people thought she was faking their illness.

“My Instagram, my messenger are filled with so many affectionate messages and prayers from everyone. So many from the entertainment industry called in to ask about our health,” she revealed. “But many hurt me as well. There were few who said that we had been paid by the government or that it was all a facade. There were few who said, ‘They used to come to work every day! Acha hua’.”