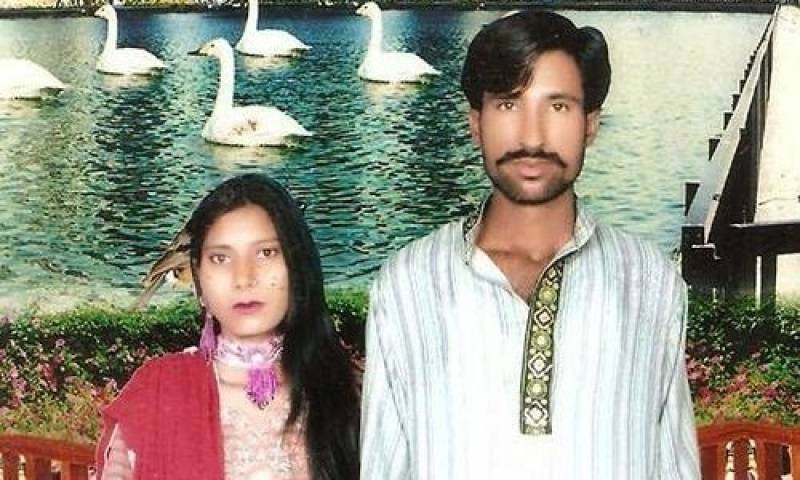 LAHORE - Two men convicted for burning alive a Christian couple in Kot Radha Kishan back in 2014 were acquitted by the Lahore High Court on Thursday.

Shahzad and Shama Masih were burnt alive in a brick kiln by a lynch mob ranging between 400-1,000 people for their alleged role in the desecration of the Holy Quran; the mob was provoked by announcements made from mosques in the area.

After the case came into the limelight, police had registered a case against 660 villagers and in 2015, an anti-terrorism court had indicted 106 suspected in the lynching.

In Nov 2016, the ATC sentenced five men identified as Mehdi Khan, Riaz Kambo, Irfan Shakoor, Muhammad Hanif, and local prayer leader Hafiz Ishtiaq to two counts of death for their involvement in the incident; eight others were also charged with involvement in the lynching and sentenced to two years each in prison.

The counsel for the convicts pleaded that the court had given its verdict without taking the law into consideration contending that all the convicts had been nominated at a later stage in the case.

On the other hand, the state prosecutor argued that there was tangible evidence against all the convicts, requesting the court to reject the appeal.

The court, however, acquitted two of the convicts.

The Rot Radha Kishan couple belonging to Chak-59 worked at a kiln; the woman, a mother of three, was pregnant at the time.