8 died on spot as van falls into ravine near Nowshera 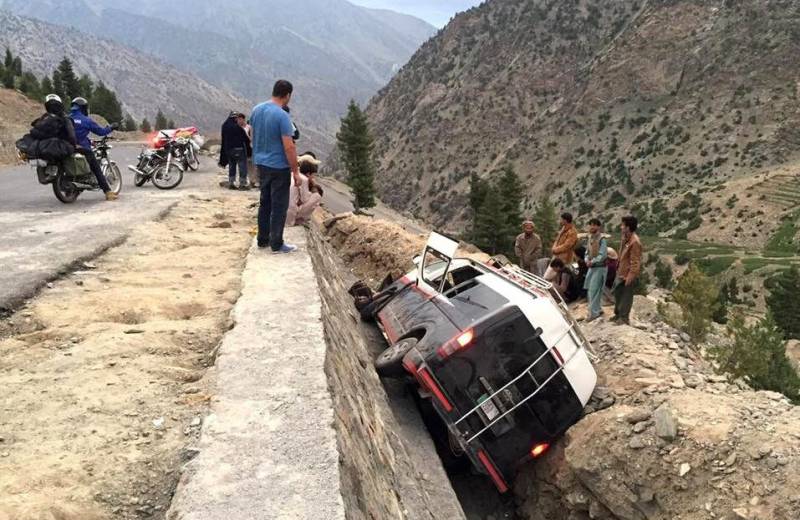 NOWSHERA – At least eight people were killed, including two women, after a vehicle fell in a ditch in Nowshera, Khyber Pakhtunkhwa.

As per the sources, eight of the passengers died on the spot. The driver lost the control of the vehicle while making a turn which results in the collapse.

Rescue officials arrived and have shifted the injured to hospital.

Children are among the 11 travellers who are injured.