False blasphemy accusers use Islam to serve their own purposes: Imam-e-Ka’aba Shaikh Saleh 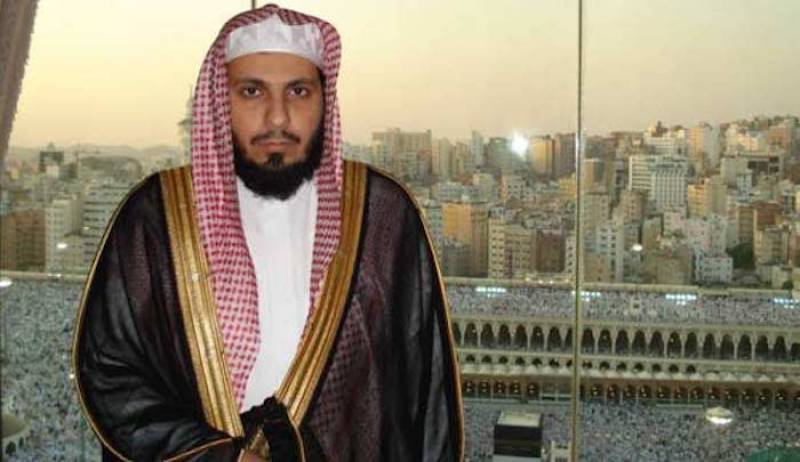 RIYADH -  Imam-e-Ka’aba Shaikh Saleh Bin Muhammad Ibrahim has said that the people who wrongly accuse others of blasphemy use the name of Islam to serve their own purpose.

In an interview on Sunday, Shaikh Saleh expressed that such false accusers had a "disease in their heart" and so they should be dealt with strictly.

He said when it comes to accusing someone of blasphemy, there are two types of people, "those who are illiterate and those who misuse Islam for personal gains", adding there is no reprieve in religion for the latter.

He further said that a person who accuses someone wrongly out of ignorance must be educated. “Arrogance is the biggest hurdle in the way of being just and being a believer,” he said. “Therefore, arrogance is the biggest menace.” He added, therefore, we work to impart education, create awareness and spread Islamic injunctions in a good way.

Besides, condemning false accusers of blasphemy, the Imam-e-Kaaba maintained that tolerance should not be confused with letting someone attack the faith.

"It is not any kind of tolerance to let such people remain un-monitored who openly commit blasphemy. We must make stern decisions to protect our faith, principles, sanctity or values," said Shaikh Saleh.

The religious cleric appreciated the role of Pakistan and added Pakistanis have made a great impression in countries where they are living as minorities.

The Imam-e-Ka’aba said, “200 million people live in Pakistan. Pakistan is an exemplary country. It is seen active in all fields. As a Muslim country, we respect Pakistan a lot. Respect for religion is the identity of Pakistan."

While talking about the security of Iran and certain other Muslim countries, the Imam-e-Ka’aba said, "By holding tight to the rope of Allah, minor differences are settled. People who spread sectarianism will never be successful. Islam gives the message of peace and love. Pakistan and Saudi Arabia are brothers to each other. The creation of military alliance is the victory of the Muslim world. Pakistan and Saudi Arabia are both part of this military alliance, who will defeat the enemy together."

The debate regarding accusing someone of commuting blasphemy started once again after a student 'Mashal Khan' of Abdul Wali Khan university was lynched last week over allegations of blasphemy.