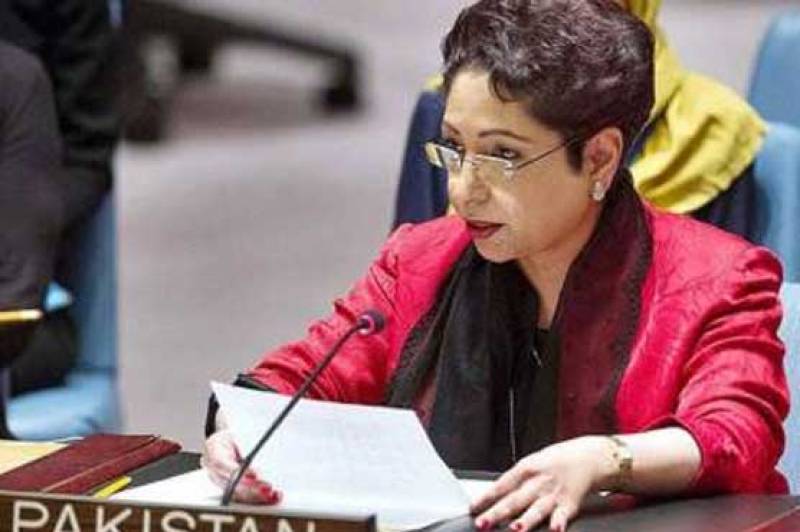 NEW YORK - Pakistan's Ambassador to the United Nations, Maleeha Lodhi said the United States was in a unique position to defuse the tensions between India and Pakistan over the Kashmir issue.

In an interview on Sunday, the ambassador opined that US maintained good relations with nuclear-armed neighbors and so it could help devise a solution to help avert any crises that can emerge in future.

'I mean at this point in time, for example, the situation in Kashmir - the long-standing dispute between Pakistan and India - is once again inflamed; the situation is grave, it poses a critical threat to regional peace and security and again, you know, what we like to see is the United States not coming as a fire brigade to put out a fire, but to come in at a time where it can avert any kind of crisis from brewing and exploding actually' said Maleeha Lodhi.

Lodhi expressed that the US should play its role to calm down the tension between India and Pakistan with a more balanced approach.

When asked whether plebiscite in Kashmir can act as a solution to peace, Ambassador Lodhi referred to a series of UN Security Council resolutions calling for enabling the Kashmiri people to determine their own destiny that have not been implemented.

'We say and I have said that several times at the UN that the people of Kashmir have waited for 70 years to see justice done to their cause, to see Security Council resolutions being implemented, so we do believe that the answer to the instability in our region, which is caused by primarily and principally the dispute over Kashmir, should be resolved' ambassador noted.

Maleeha Lodhi went on and opined that Pakistan and India should sit down and find a peaceful settlement of issues to allow the people living in South Asia to enjoy the fruits of peace.

It may be mentioned here that the Trump administration has sporadically shown its willingness to help mediate the Kashmir issue between Islamabad and New Delhi.

Pakistan agreed to let US ease the fraught relations between the two countries however, Narendra Modi administration gave a cold shoulder to Washington thus keeping the impasse intact.