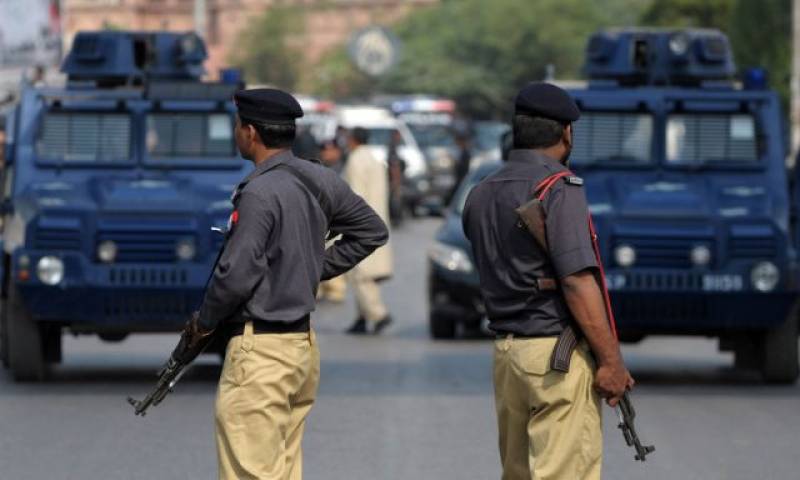 KARACHI - One-year-old child was shot dead during an exchange of fire between police and alleged suspects at the University Road in Karachi on Tuesday night.

According to media reports, the parents of the victim claimed that their little child named Ahsan was killed by a bullet fired by the police cops, as the family was going to their home in an auto rickshaw.

Ahsan’s father said that he saw two police officials at the motorbike, having pistols in their hands and were engaged in firing exchange with another bike. He blamed that bullet fired by cops killed the kid, adding that the policemen escaped from the scene after the incident.

According to the post-mortem report from Jinnah Hospital, the fatal bullet entered Ahsan's chest from the right side and exited through his back, the same bullet wounded his father, it added.

A first information report (FIR) has been registered against four unidentified persons at the Sachal police station on behalf of the toddler's father, including the charges of attempted murder and involuntary manslaughter.

Meanwhile, the two policemen were arrested on the order of the DIG Aamir Farooqui and an investigation has also been launched.

On the other hand, Chief Minister Sindh Murad Ali Shah has taken notice of the incident and sought an immediate report from Additional IG Karachi.