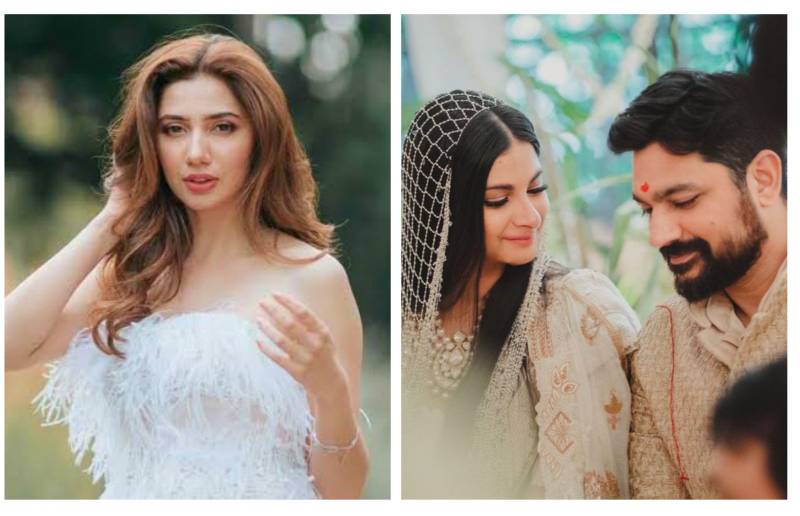 Rhea, the younger daughter of superstar Anil Kapoor and sister of actress Sonam Kapoor, is a Bollywood filmmaker who recently tied the knot with beau Karan Boolani.

Many stars congratulated Kapoor and Mahira Khan was one of them who sent best wishes for the couple.

Turning to her Instagram handle, Rhea shared a stunning photo with her husband from their wedding ceremony alongside penning a heartfelt note.

“12 years later, I shouldn’t have been nervous or overwhelmed because you’re my best friend and the best guy ever. But I cried and shook and had stomach flips all the way through because I didn’t know how humbling the experience would be.”

The Raees star also dropped a lovely comment to congratulate Rhea and Karan on their wedding.  She wrote “Mubarakkkk! Lots of love” followed by a heart emoji.

On the work front, Mahira has been highly praised for her comeback in the drama serial Hum Kahan Ke Sachay Thay and the short film Prince Charming.

As Pakistan celebrates its 75th Independence Day zealously, Mahira Khan has left her fans thrilled by dropping the ...