Kashif Zameer, who was previously booked in several cases, had hurled threats at a local TV reporter for ' a malicious campaign over his million dollar deal with the Turkish star' 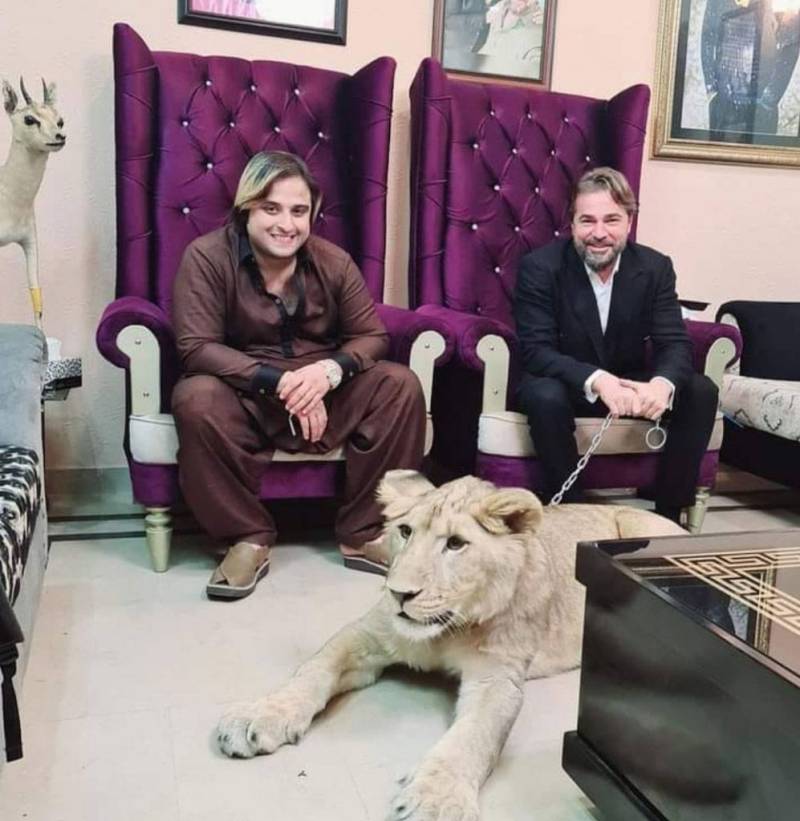 Mian Kashif Zameer, the blonde-haired host who was seen everywhere from the Turkish star during his first ever visit to the South Asian country had struck a deal of one million dollars with Mr. Engin Altan but reportedly paid only half of it.

He was held by Lahore police in an early Thursday morning raid led by SSP Investigation for hurling threats at a private TV channel reporter, Hammad Aslam. His security guards were also taken into custody.

Reports in local media suggest that the accused resisted arrest. A case was registered with Lahore's Ghalib Market Police Station before his arrest.

Just yesterday, the Sialkot-based businessman had said that the million-dollar deal with Mr. Altan for advertising of his companies’ products, including clothing and glass, was “still on”.

In an interview with Daily Pakistan, Kashif revealed that half of the amount was paid to the actor in advance and remaining will be handed over to him after shooting for the advertisements of the products.

Kashif, who is also a TikTok star in Pakistan, added that Engin Altan would make his second visit to the South Asian country for the shooting soon.