At least six dead, dozens hospitalized due to 'poisonous' gas leakage in Karachi 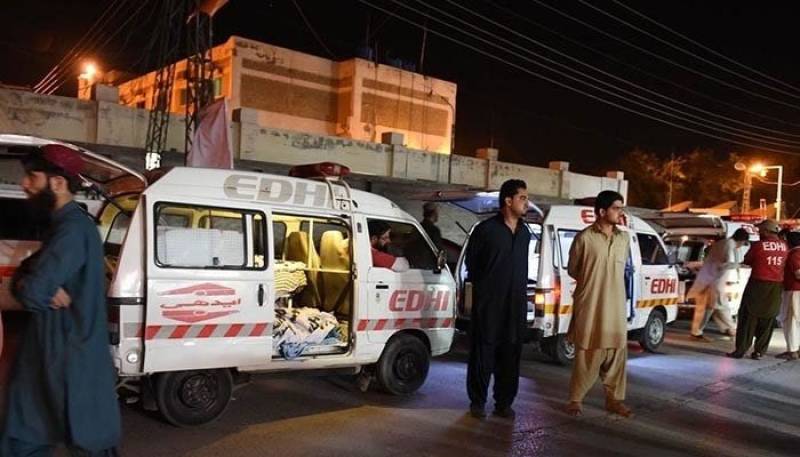 KARACHI - At least six people, including women, were killed and over 100 got affected due to poisonous gas leakage in Karachi's Kemari area on late Sunday night.

According to media details, dozens of victims have been shifted to the hospital and cause of the incident is yet to be ascertained.

Those hospitalized had complained of respiratory problems.

However, it was suspected that the leakage as gas occurred during offloading chemicals from a cargo ship anchored at Keamari Jetty.

Sindh Chief Minister Murad Ali Shah took the notice of the incident and directed to submit a report from the authorities.

Federal Minister for Maritime Affairs, Ali Zaidi has expressed grief over the loss of lives and directed the port authorities to investigate the incident.

In a tweet, the federal minister requested Pakistan Navy to dispatch their Nuclear Biological Chemical Damage (NBCD) team to investigate the source of the incident of poisonous gas in the area.

I have just requested Pakistan Navy to dispatch their Nuclear Bilological Chemical Damage (NBCD) team to investigate the source of the incident of poisonous gas in Kemari area and take remedial measures.

Those had been hospitalized include men, women and children. At least three patients were admitted in the intensive care unit (ICU) were reported to be in critical condition. Several patients have also complained of stomach ache after being exposed to the poisonous gas leakage.