Bride dies on wedding night because of inhumane treatment by groom 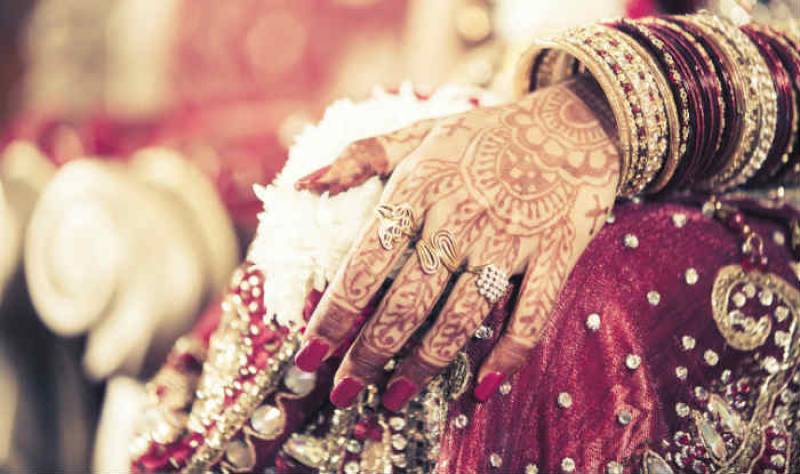 With the recent resurgence of people coming out with their own stories regarding sexual abuse and harassment, one doctor has shared her patient's horrifying story and the discussion which ensued is proof of the actual magnitude of the situation in Pakistan.

Doctor Fatima Shireen took to Twitter to talk about her medical experience when she came across a patient who was brought in  because she was suffering from excessive post coital bleeding. It is a well known fact that although bleeding after intercourse is a normal phenomenon, that is not always the case. The patient, however, died due to internal injuries and according to autopsy reports, the patient suffered from serious "post-coital tears" since she was treated most inhumanely. 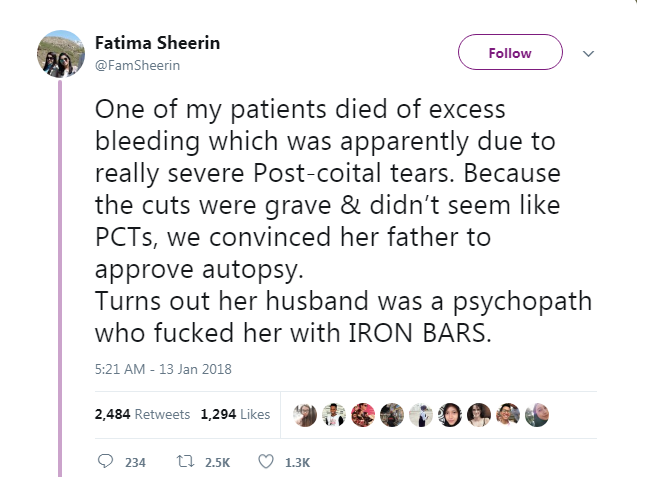 She went on to repeat the situation in case she had not made it clear how serious this really was and questioned why we still shy away from sex education; 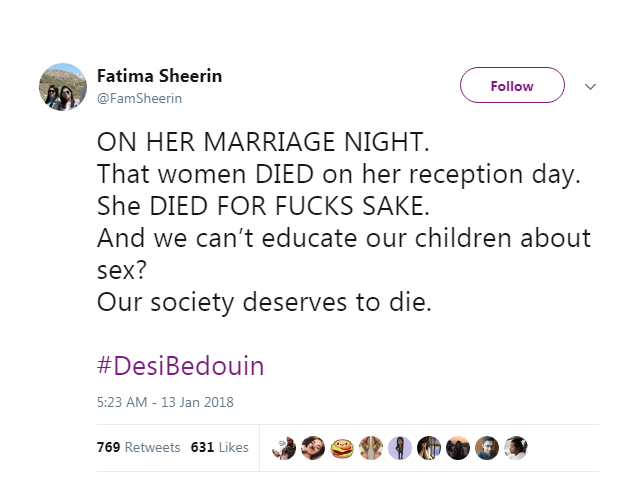 As expected, twitter users asked whether the police had been informed without taking into account how families hide and shun any talk due to "honour" and shame; 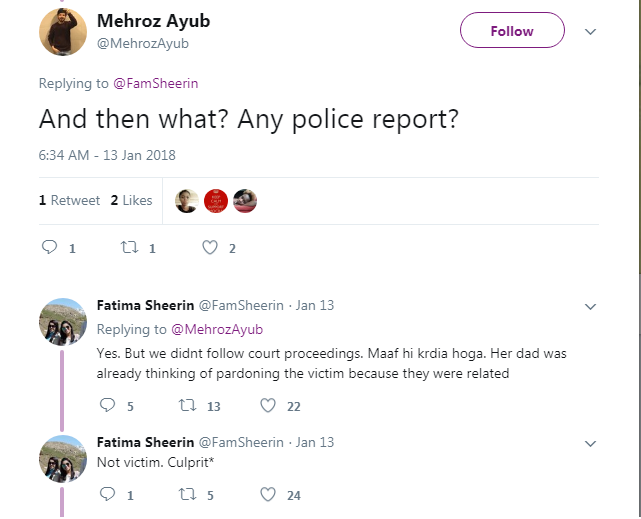 Some even had the audacity to question why the bride had "allowed" her husband to do the act; 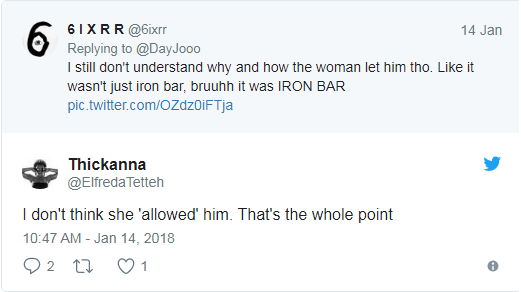 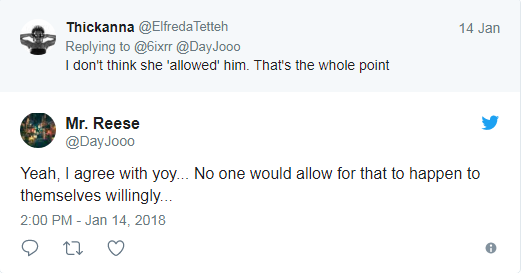 Most people however were horrified; 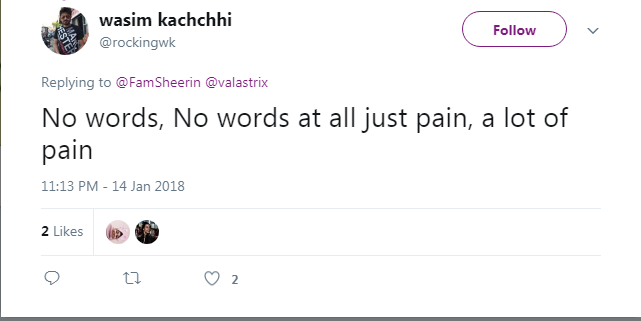 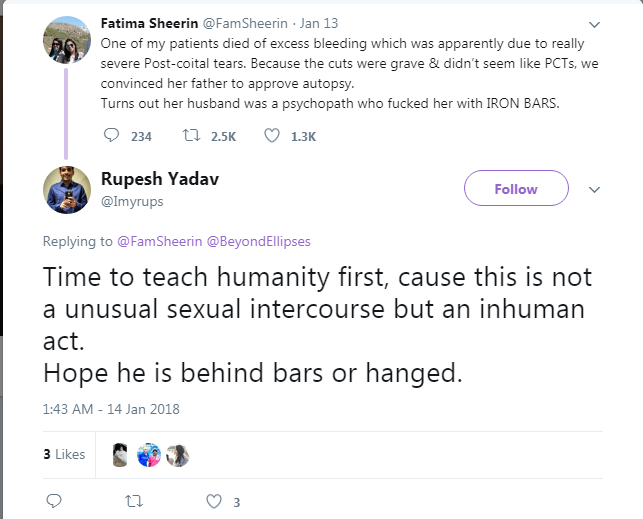 And one user said what we've all been thinking all this while; 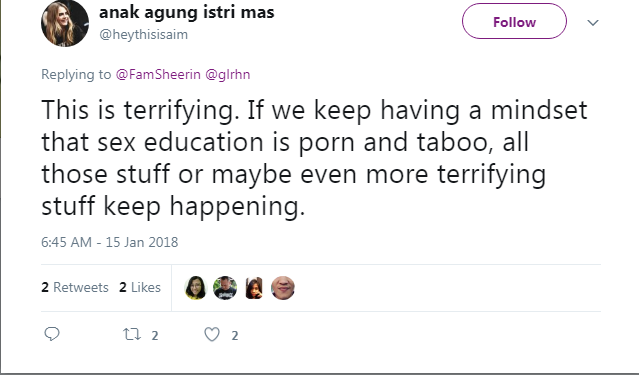 Whats even more terrifying is the amount of people who had seen or heard of similar cases; 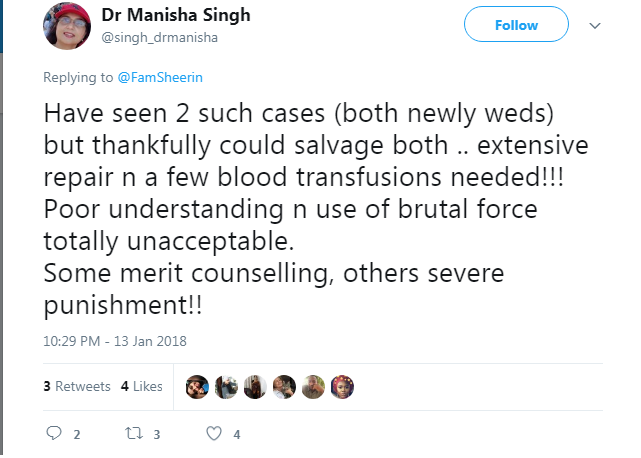 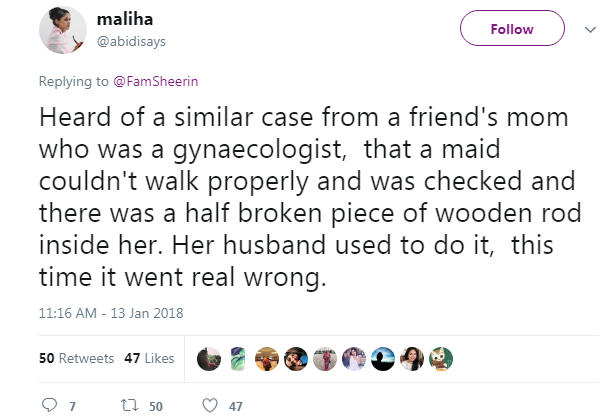 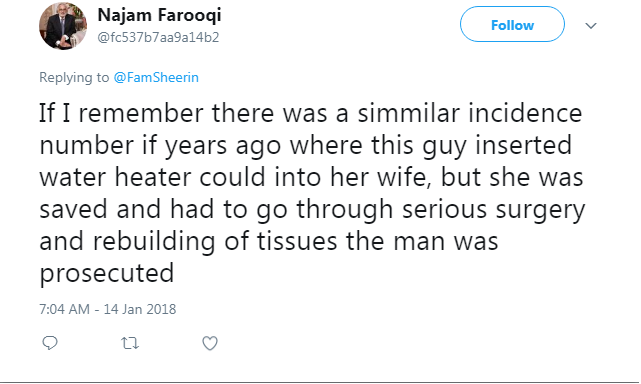 Cases like these are still pretty common but are rarely ever reported since the very mention of them supposedly brings great shame to the name of the family which is why there is a dire need to address these issues and not shun them as taboo.