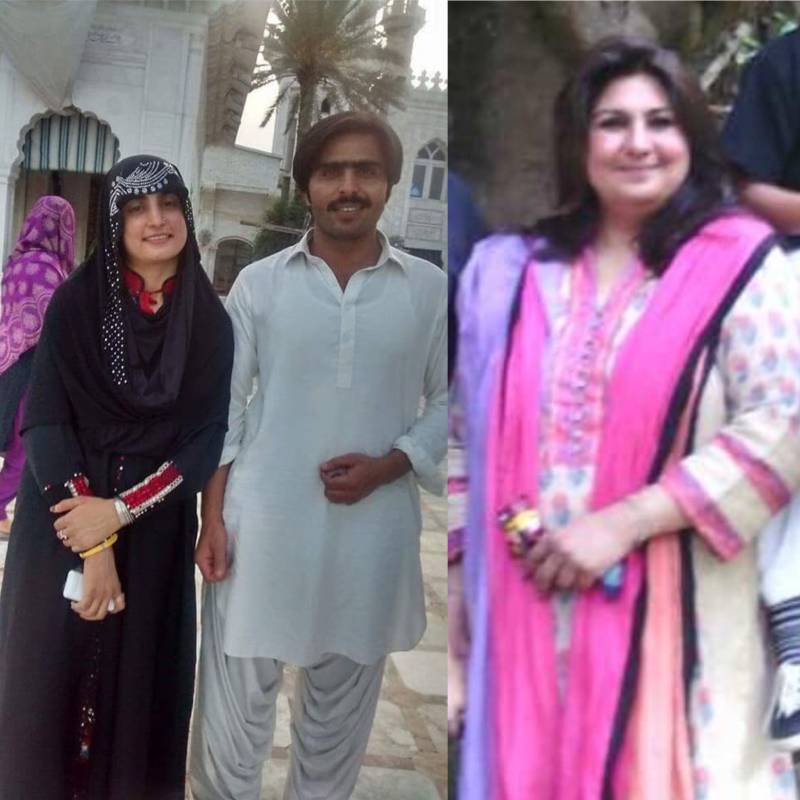 It was yet another day on social media when we stumbled upon a story which left us heartbroken and made us question “what if doctors start to prioritize chores over saving lives.”

Dr Uneza Khattak who is also the owner of Uneza’s clinic claims to be obstetrician/gynae in Islamabad, she allegedly mishandled the case of Mr Shabbir’s wife who consulted Khattak for 3 months [paid].

Also according to her notepad she is not a certified Obstetrician/Gynaecologist; 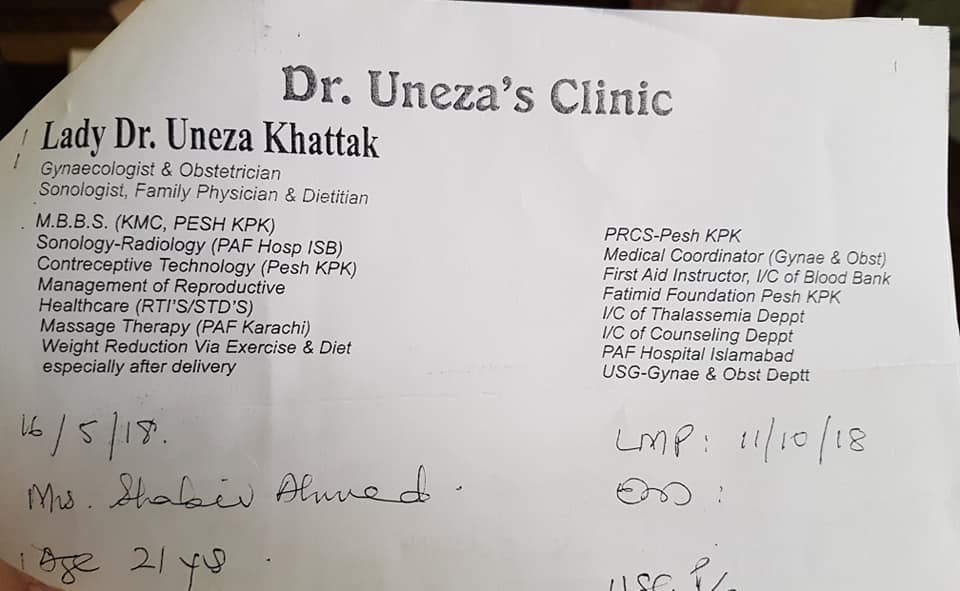 Shabbir is a young Baloch migrant who by profession is a cook working hard to make the ends meet.

On 12th July the patient began experiencing pains and consulted the Dr who sent the husband off to get some medicines when he returned to his surprise Khattak had already left saying “I’ll come back after doing some chores.” The couple waited for six and a half hours, upon returning she sent them home with some painkillers telling how the patient is not ready for delivery.

The couple returned to her clinic the next day [13th July]  begging the doctor to help the patient as her pain got out of control. However Khattak seemed to be least bothered by the intensity of situation and attended them after two hours. In the meantime the patient had already given birth to a 32 weeks premature baby in Khattak’s driveway. When she returned she heartlessly said;

“You’ve made my driveway filthy, first clean it.” 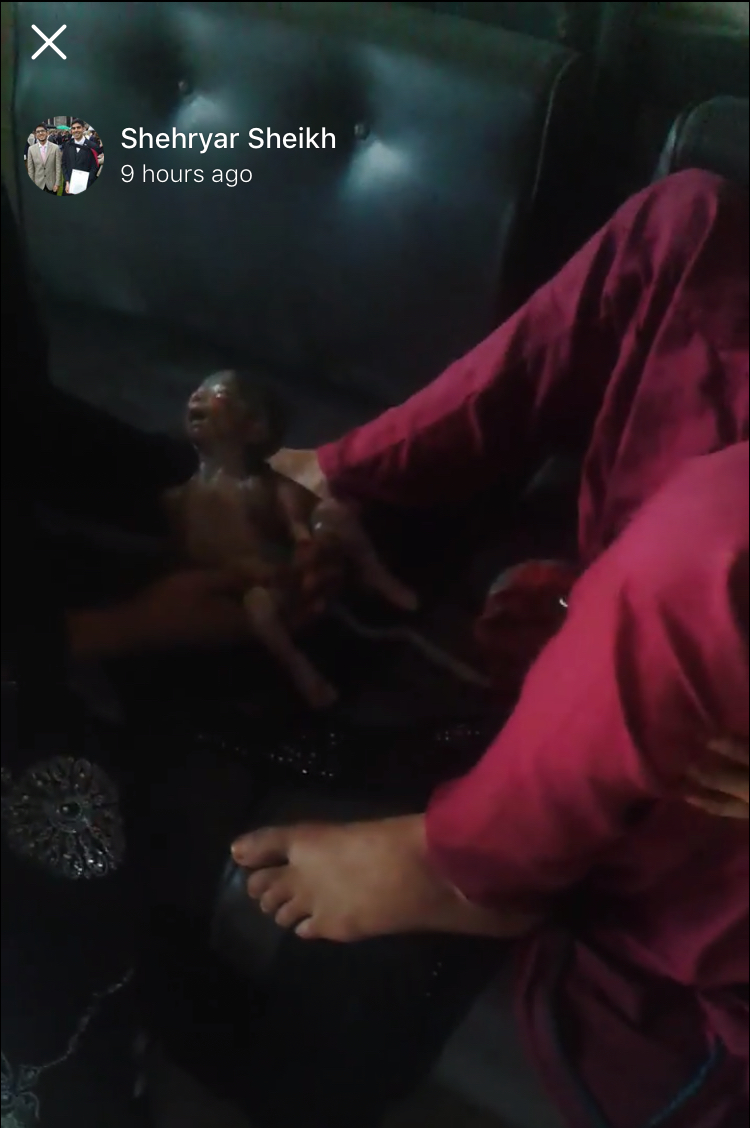 Forgetting her only job was to take care of this case which already seemed to be complicated enough and due to her negligence the couple faced a trauma they can possibly not overcome. She further added;

“This infant will die soon anyway, take him away.”

Shabbir,  his wife were clueless what to do next but the hope to save the child landed them in two different hospitals but were sadly rejected due to different reasons however after 3 hours of  bizarre delivery the couple finally got the baby admitted to Benazir hospital, Pindi. The baby survived for another 20 hours before passing away, leaving us with thought and question are these people with degrees actually capable enough to deal with human emotions?

Her attitude towards this case was so disturbing that people on social media are requesting the authorities to cancel her license so this case can set an example for other doctors and can be reminder to how a doctor’s job is only to save lives regardless of the patients social status. #JusticeForShabbir is not justice for only what happened to his family but also all those families who couldn’t voice their incidents.

We hope the family gets justice and can recover from this gruesome incident!