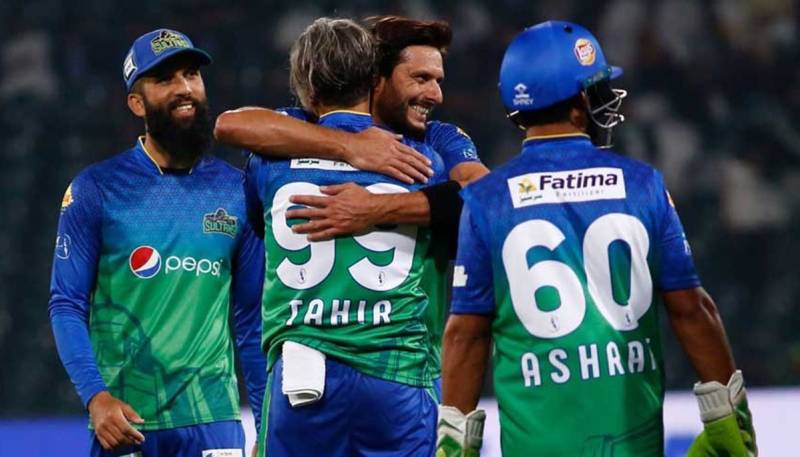 Multan Sultans on Wednesday made a history as they defeated Quetta Gladiators by a record margin in the Pakistan Super League (PSL) encounter in Abu Dhabi.

Sultans become the only team to win by a margin of over 100 runs in the history of the PSL. Sultans had defeated the Gladiators by 110 runs, breaking the record of Islamabad United, who had beaten Lahore Qalandars by 71 runs during the fifth edition of the tournament in 2020.

Gladiators’ score of 73 was the second-lowest total in PSL history, after Lahore Qalandars’ 59 in 2017 against Peshawar Zalmi.

Shan Masood’s superb 42-ball 73 followed by a disciplined bowling performance from Multan Sultans inflicted a heavy defeat on Quetta Gladiators. This defeat confirmed an end to Gladiators’ race for a playoff berth.