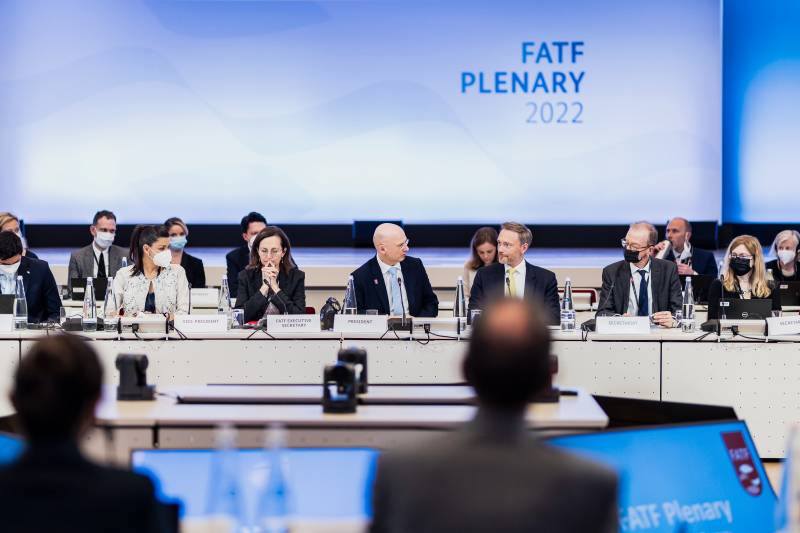 BERLIN – The Financial Action Task Force (FATF) confirmed on Friday that Pakistan had met all 34 items on two action plans, but delayed its removal from the grey list until an on-site visit to the country in near future.

The watchdog will now schedule an on-site visit to verify implementation and sustainability of Pakistan's money laundering and counterterrorism financing measures before removing it from its increased monitoring lis.

A statement issued by the global money laundering and terrorist financing watchdog says that Pakistan has substantially completed both action plans, which showed that necessary political commitment is in place to sustain implementation and improvement in future.

"The FATF will continue to monitor the Covid-19 situation and conduct an on-site visit at the earliest possible date."

Pakistan also largely addressed its 2021 action plan ahead of the set times, the FATF said.

The FATF decision came during a press conference after the conclusion of a four-day plenary session that began in Berlin, Germany, on Tuesday.

Delegates representing 206 FATF members and observers — including the International Monetary Fund (IMF), the United Nations, the World Bank, and the Egmont Group of Financial Intelligence Units — attended the plenary session.

State Minister for Foreign Affairs Hina Rabbani Khar was leading Pakistani delegation at the meeting where she briefed the participants about progress made by Pakistan to have its name from the grey list.

Pakistan was placed on the FATF grey list in 2018 due to loopholes in its laws against anti-terror funding and money laundering.

Taking to Twitter, she wrote: "The FATF Plenary Meetings are continuing in Berlin. FATF will issue a Public Statement after conclusion of the meetings tonight. Prejudging the outcome or speculative reporting could and should be avoided. Government of Pakistan has arranged a media briefing at MOFA on Saturday morning on this issue".

The #FATF Plenary Meetings r continuing in Berlin. FATF will issue a Public Statement after conclusion of the meetings tonight. Prejudging the outcome or speculative reporting could and should be avoided.
GOP has arranged a media briefing at MOFA on Saturday morning on this issue

PARIS – The Financial Action Task Force (FATF) has once again retained Pakistan on its grey list while ...