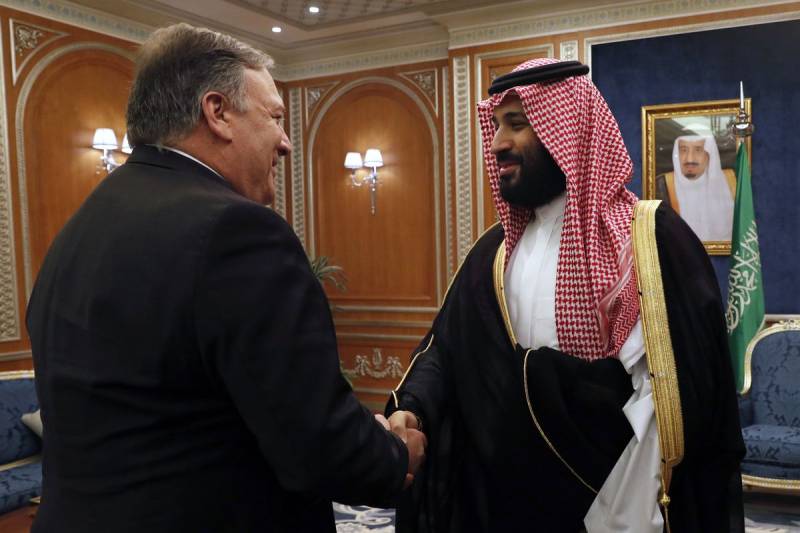 RIYADH - Saudi Arabia has promised that no one will be exempt from the enquiry into the disappearance of journalist Jamal Khashoggi, US Secretary of State Mike Pompeo said Wednesday.

Asked if a member of the Saudi royal family might conceivably be held accountable in the case, Pompeo said after talks in Riyadh: "They made no exceptions to who they would hold accountable."

Pompeo spoke on a plane taking him from Riyadh, where he held talks with King Salman and other senior leaders on the case of Khashoggi, to Turkey, where he said was scheduled to meet with President Recep Tayyip Erdogan.

President Donald Trump dispatched Pompeo on an urgent mission to Riyadh to defuse the crisis over Khashoggi, an insider turned critic of the conservative monarchy who was last seen on October 2 when he entered the Saudi consulate in Istanbul to sort out marriage paperwork.

Officials in Turkey say Khashoggi, a US resident, was killed inside the consulate.

After a full day of talks, a statement from Pompeo and a tweet by Trump said that the Saudi leadership "strongly denied knowledge of what took place" in the consulate, without outright rejecting that an incident occurred.

In his comments to reporters, Pompeo described his talks in Saudi Arabia as "incredibly successful" because, he said, the Saudis had promised a thorough and transparent probe.

Pompeo was asked point-blank if the Saudis told him whether the journalist is alive or dead.

He answered: "I don't want to talk about any of the facts. They didn't want to either, in that they want to have the opportunity to complete this investigation in a thorough way."