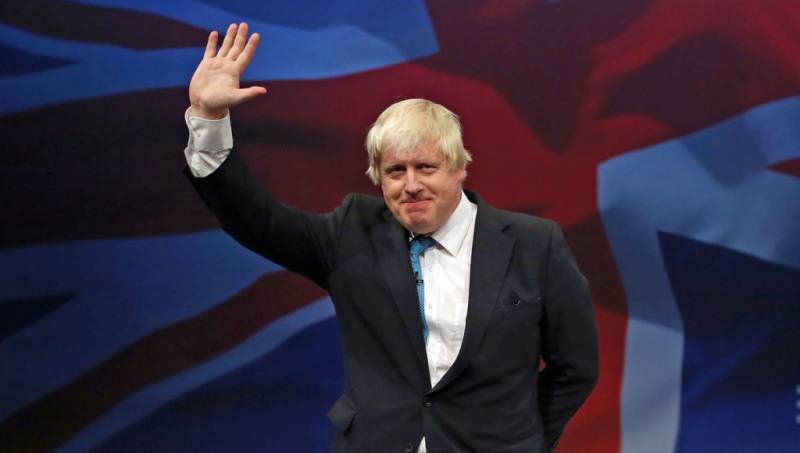 BRUSSELS - In a major breakthrough, a Brexit deal was agreed between Britain and the European Union on Thursday, hours before a summit of the leaders in Brussels.

Junker wrote, “Where there is a will, there is a deal — we have one! It's a fair and balanced agreement for the EU and the UK and it is testament to our commitment to find solutions,” Juncker tweeted. “I recommend that EUCO endorses this deal”.

Separately, the British prime minister tweeted, “We've got a great new deal that takes back control”. Urging his fellow parliamentarians, Johnson further wrote, “Now parliament should get Brexit done on Saturday so we can move on to other priorities like the cost of living, the NHS, violent crime and our environment.”

We’ve got a great new deal that takes back control — now Parliament should get Brexit done on Saturday so we can move on to other priorities like the cost of living, the NHS, violent crime and our environment #GetBrexitDone #TakeBackControl

The UK and the EU have been making efforts to renegotiate the Withdrawal Agreement in time for an Oct 31 Brexit.

Johnson in another tweet said, "This new deal ensures that we #TakeBackControl of our laws, borders, money and trade without disruption & establishes a new relationship with the EU based on free trade and friendly cooperation".

Putting weight behind the agreement, he said: "This is a deal which allows us to get Brexit done and leave the EU in two weeks’ time, so we can then focus on the people’s priorities and bring the country back together again".

"We will leave the EU’s Customs Union as one United Kingdom and be able to strike trade deals all around the world," he said.

Earlier this week, the British prime minister had repeated that Britain must leave the EU on October 31, as divorce talks resumed in Brussels in a pivotal week that could define how and when Brexit finally happens.

In an elaborate ceremony in parliament in London, Queen Elizabeth II set out Johnson’s legislative programme for the coming year, with leaving the EU top of the agenda.

“My government’s priority has always been to secure the United Kingdom’s departure from the European Union on October 31,” she said in a speech to robed peers from a gilded throne in the upper House of Lords.

“My government intends to work towards a new partnership with the European Union, based on free trade and friendly cooperation.”

But this depends on the outcome of closed-door discussions in Brussels, where officials are racing to reach a deal on Britain’s exit terms before a summit of EU leaders starting on Thursday.

If he cannot get a deal by Saturday, Johnson will fall foul of a British law demanding he ask the EU to delay Brexit for a third time rather than risk a potentially disastrous “no deal” departure.

“A deal is possible and it’s possible this month,” Irish Deputy Prime Minister Simon Coveney said as he arrived for talks with EU foreign ministers in Luxembourg.

“It may even be possible this week but we’re not there yet.”

After weeks of gloom, the last few days have given a glimmer of hope that an agreement can be reached but there has so far been no decisive breakthrough.

Barnier warned on Sunday that “a lot of work remains to be done”, a message echoed by Johnson’s spokesman in London on Monday.

More than three years after the 2016 referendum vote to leave the EU, divorce talks remain stuck on how to avoid customs checks between British Northern Ireland and Ireland.

After British MPs rejected a previous plan, Johnson put forward fresh proposals earlier this month — but they have been met with a cool response in Brussels.