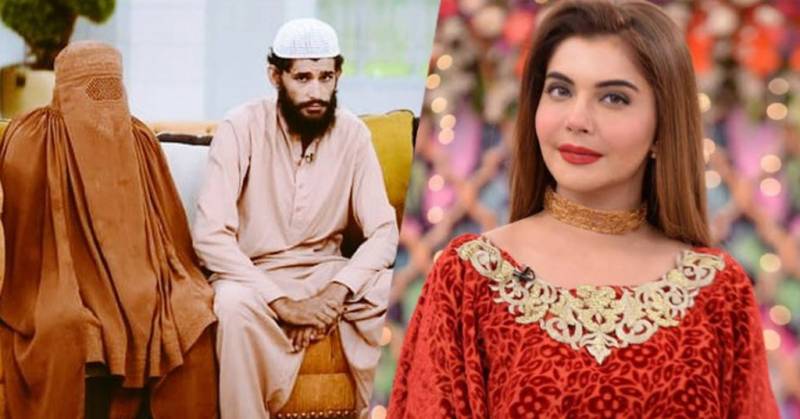 Pakistani morning show host, Nida Yasir has been at the center of multiple controversies in the past.

She’s known for asking problematic questions on her show but this time she crossed all limits of insolence by profiting off a family’s personal tragedy.

Nida has come under fire for making the  parents of a 5-year-old rape victim narrate the details of the horrendous incident.

Okay so here we have Nida Yasir again. I don't even have word to describe her. She is purely Jahil. What on earth made her do this? And her questions to parents? I mean @ARYNEWSOFFICIAL is litterraly out of their mind. @reportpemra #BanNidaYasir pic.twitter.com/sgCI43RYbe

During the entire episode, the parents struggled to find words to describe their agony, but even that didn’t stop Nida from trying to dig into the gruesome details of the heinous act.

The host is now facing major backlash for running after ratings and netizens demand for a ban on Nida Yasir for making the family relive the pain, just for the sake of her show’s “entertainment.”

So, #NidaYasir recently invited the parents of a 5 year old raped and murdered victim Marwah on her show.

There she asked extremely insensitive questions.

I couldn't hold back my tears at that moment when Nida Yasir asked how do you know that your daughter got raped and the mother of Marwa start to crying.
Pathetic media, Pathetic shows.@nidayasir01 have shame on you.#BanNidaYasirShow pic.twitter.com/pVuiwl6L4x

Her show is the most stupidiest of all. Shes known for ill-mannered questions & apathetic behavior. Aese aese jaahil bithaye hue hain host krne k liye. I could only say, how would u feel if GOD FORBID it was u in their place & had to answer such bizzare questions @NidaYasirARY

Nida Yasir, host of 'Good morning Pakistan', in her disgusting appetite for ratings called parents of Marwah & went on to ask merciless questions, reliving the pain & agony of parents#BanNidaYasirShow#JusticeForMarwah pic.twitter.com/k176WDjplX

#BanNidaYasirShow
Ban nida yasir morning show.
Pemra wake up
its request to everyone please complain against nida yasir show on PM Portal and we will get Good Result As pemra banned some drama because of complain on pm portal.go ahead guys pic.twitter.com/gUroo7ZdWG

Shame on nida yasir . Her show should be banned. https://t.co/t8V9kUoab7

Numerous rape cases have surfaced in the past week and since then, things have reached a fever pitch as Pakistanis march down the streets to demand justice and accountability.