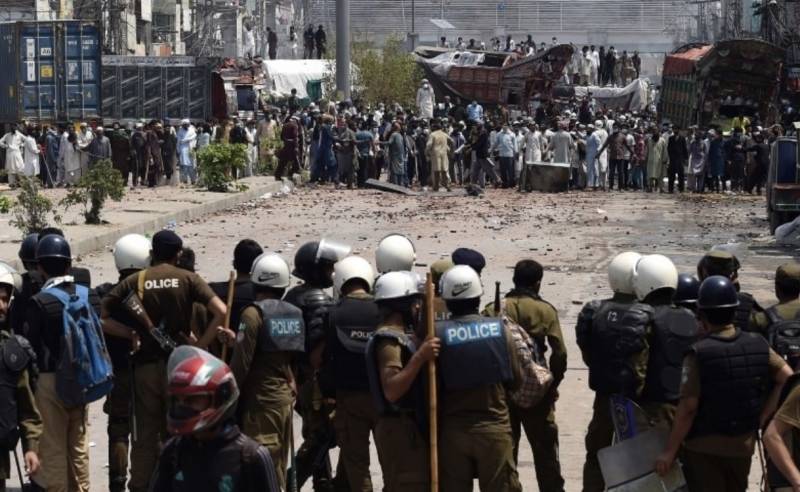 Firsous Ashiq Awan, who serves as an aide of Chief Minister Usman Buzdar on information, said that the miscreants held the deputy superintendent of police hostage at gunpoint, along with 11 other policemen, and drove them to their markaz (comprising a mosque and madrassah) nearby.

They also stole an oil tanker carrying 50,000 litres of petrol, she added.

In the evening, she told a private TV channel that all hostages were recovered by the law-enforcers.

Meanwhile, according to the party that has been banned under anti-terror law, at least three protesters were killed and several others injured during the clash.

The Punjab government had on Saturday placed Saad Rizvi, the chief of the banned party TLP, on the fourth schedule of the Anti-Terrorism Act (ATA). In a notification, Punjab's home department had said his assets have been frozen, and his national identity card has been blocked — which means he cannot conduct transactions via banks, nor can he sell or purchase any property.