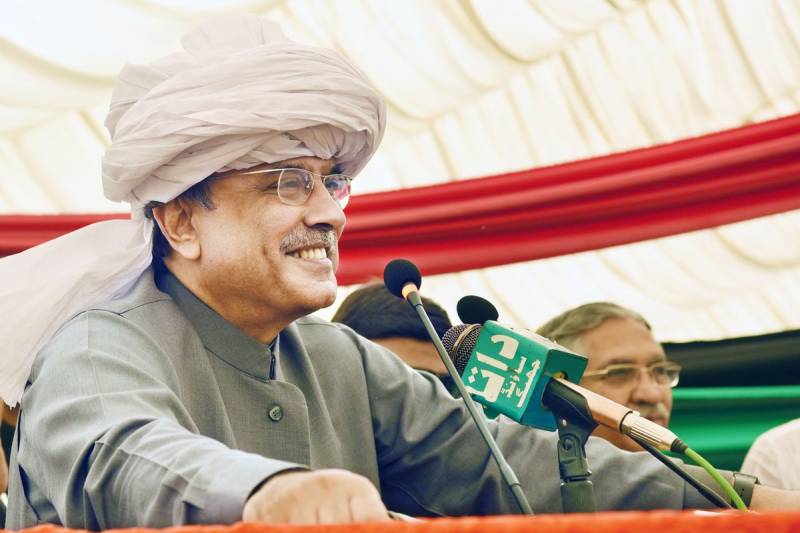 ISLAMABAD - An accountability court reserved judgement on Thursday on an application seeking the acquittal of former president Asif Ali Zardari in a reference related to his alleged illegal assets in Pakistan and abroad.

The court after conducting day-to-day proceedings on the application filed by PPP co-Chairman Mr Zardari reserved the verdict. Zardari was seeking his acquittal under section 265-K of the Criminal Procedure Code (CrPC) in the nearly two decade-old corruption reference.

Though the plaintiff had moved the application in January this year, proceedings progressed at a snail’s pace due to unavailability of his counsel Farooq H. Naek.

However, following the verdict in the Panama Papers case on July 28,that led to disqualification of Nawaz Sharif as premier, the probe gained pace and the accountability court in Rawalpindi began conducting day-to-day proceedings over the past few days with the consent of Mr Naek and the prosecution.

The National Accountability Bureau (NAB) appeared to treat this high-profile corruption reference as a routine case as it did not depute senior prosecutors and the case was handled by a lesser-known prosecutor, Tahir Ayub who usually handles routine NAB cases.

On the other hand, Mr Zardari was represented by former law minister Farooq H. Naek, who was aided by a former NAB additional deputy prosecutor general and other lawyers.

During the last hearing on Thursday, Mr Naek questioned the admissibility of the evidence produced in court by the prosecution.

He contended that the witnesses produced so far were irrelevant, and that the evidence laid before the court did not meet the requirements of the Qanoon-e-Shahadat (Law of Evidence).

In his opinion, section 103 of the CrPC made it mandatory for the investigation officer to prepare a seizure memo for each and every recovery, along with the statement of at least two persons who were witnesses to that recovery.

He pointed out that the prosecution did not bring any seizure memo before the court in the assets reference and produced all the evidence without fulfilling this mandatory requirement.

'Therefore, such a recovery was doubtful in the eyes of the law and the benefit of doubt always went in the favor of the accused' he maintained.

On the other hand, prosecutors had relied on the statement of an approver, Ausaf Ali Agha, who claimed to have set up four sugar mills on behalf of Mr Zardari , Dawn News reported.

He told the court that Agha had confessed to setting up these sugar mills in the names of alleged front-men, which included Dr Zulfiqar Mirza and others. The approver also claimed that thee front-men also received a certain percentage of the profit from these mills, while the lion’s share went to former president.

The prosecution has produced 40 of its 41 witnesses, with star witness Barrister Jawad Mirza having ‘mysteriously disappeared’ when the accountability court summoned him to record his testimony. He was then declared a proclaimed offender.

The prosecutor told the court he wanted to submit additional documents and Accountability Court Judge Khalid Mehmood Ranjha permitted him to do so by Aug 22.

The reference was filed before an accountability court in 2001 and was closed in 2007 under the National Reconciliation Ordinance (NRO), issued by the government of retired Gen Pervez Musharraf.

The Supreme Court, in its verdict in the NRO case on December 2009, had ordered the revival of cases closed under the ordinance. But as Mr Zardari had been sworn in as president he enjoyed immunity under Article 248 of the Constitution.

NAB re-opened these references in October 2013 once Mr Zardari had completed his term in office, and the former president was acquitted in five of six references after a re-trial before the accountability court.

Meanwhile, PPP’s co-chairperson returned to Pakistan on Tuesday and announced that he would not cooperate with the embattled Sharif family, set to face trial in NAB, in the purview of Panama verdict.