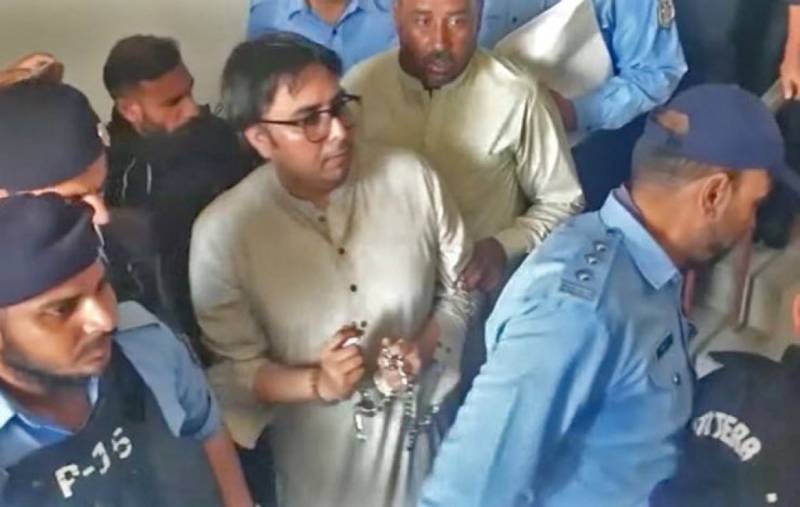 ISLAMABAD – Police from the capital city managed to get the custody of PTI leader Shahbaz Gill on Wednesday night in Sedition case as an hours long drama between the Rawalpindi and Islamabad polices came to an end after the federal government put Rangers and FC troops on alert.

A district and sessions court on Wednesday accepted the police request for two days extension in PTI leader Shahbaz Gill’s physical remand, allowing investigators to complete their probe into the case.

The lower court heard the review petition of Islamabad police in line with the directives of the Islamabad High Court, which was moved by the federal government after physical remand extension plea was turned down by the magistrate.

After additional Sessions Judge Zeba Chaudhry extended Gill’s physical remand, Islamabad police reached Adiala Jaila to get him into custody when a heavy contingent of Rawalpindi police reached the spot, delaying his custody.

Amid the developing situation, the federal government put the Rangers and FC troops on alert to implement the court orders when the Adiala Jail authorities handed over Gill to Islamabad police.

Later, former prime minister Imran Khan’s chief of staff was shifted to er, he was handed over to Islamabad police and shifted to the Pakistan Institute of Medical Sciences (PIMS) in Islamabad for a medical check-up.

Shahbaz Gill was detained last Tuesday from the capital a day after making controversial remarks on a private news channel. Gill was booked on various charges including sedition and inciting members of state institutions against the armed forces.

PTI chief Imran Khan has expressed concerns over extension in physical remand of his chief of staff.

Gill is in a fragile state of mental and physical health because of the torture inflicted on him when he was abducted and taken to undisclosed location, he said.

to target me & PTI by forcibly getting false statements against us similar to what they have been doing against social media activists.This is absolutely unacceptable. We will take all legal & pol actions to counter not only this torture being inflicted upon Shahbaz Gill

“This is part of conspiracy to target me & PTI by forcibly getting false statements against us similar to what they have been doing against social media activists.This is absolutely unacceptable. We will take all legal & pol actions to counter not only this torture being inflicted upon Shahbaz Gill but also any such extra-Constitutional & extra-legal actions being devised against us,” Khan wrote on Twitter.

ISLAMABAD – A district and sessions court in the country’s federal capital on Wednesday accepted the police ...