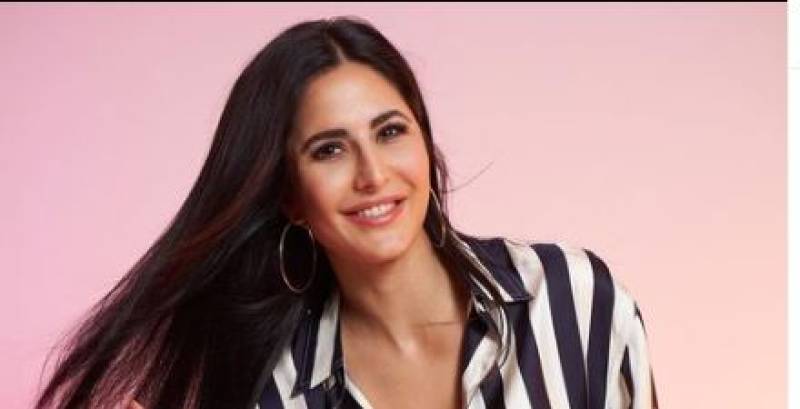 Bollywood's barbie doll Katrina Kaif was seen returning to Mumbai after shooting for her next project. The Singh is King actress was snapped at the airport sporting baggy orange trousers teamed with an oversized sweatshirt that fans assumed was the actress's attempt at hiding her baby bump.

For the unversed, Katrina Kaif got married to Vicky Kaushal last year. The couple's fans have been waiting impatiently for the ‘good news.' For the last 2-3 months, the Tiger actress ignited pregnancy rumours on various occasions.

Kaushal and Kaif tied the knot on December 9, 2021, in a lavish yet intimate ceremony. Their wedding took place at the Royal Hotel Six Senses Fort Barwara, Rajasthan.

Initially, there was a strong buzz about Katrina Kaif being pregnant, but Kaushal's team refuted any news claiming that it was untrue. While now they have maintained their silence and chose not to comment, and this is leaving the fans even more curious.

On the work front, Katrina Kaif will be seen in ‘Phone Bhoot’, co-starring Siddhant Chaturvedi and Ishaan Khatter. This movie was announced during the pandemic and the team wrapped shooting for it last year. ‘Phone Bhoot’ is slated for release on October 7. Katrina will also be seen in Farhan Akhtar’s road trip drama ‘Jee Le Zaraa’. Kaif will share the frame with Priyanka Chopra and Alia Bhatt.

Bollywood's Barbie doll, Katrina Kaif, is exuding charm on Instagram while celebrating her 39th birthday in the ...

Bollywood's Barbie doll, Katrina Kaif, once again exudes charm while celebrating her 39th birthday in the Maldives on a ...