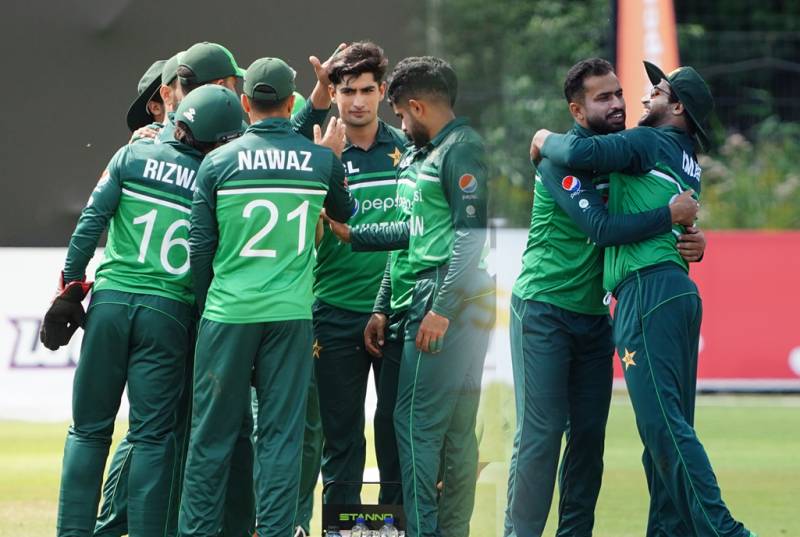 ROTTERDAM – Men in Green defeated the Netherlands by 7 wickets in the second ODI and sealed the three-match one-day international series, with a match to spare.

Chasing a target of 187 runs, Babar XI managed to secure a win in the 33 over while losing three wickets. Star batter Mohammad Rizwan and Agha Salman scored unbeaten fifties for the visitors.

Pakistani skipper Babar Azam scored 57 off 65 balls before Rizwan and Salman led the tourists in their pursuit of 187 with 16.2 overs to spare.

Earlier, Men in Green faced an early blow as Fakhar Zaman and Imam Ul Haq returned to the pavilion in the same over and left the visitors struggling at 11/2 in 4.0 overs.

The top Pakistani pacers Haris Rauf and Mohammad Nawaz got three scalps each as Green Shirts bundled out hosts at 186 in the second game of the three-match series.

Tom Cooper managed to get a half-century, he departed after scoring 66, while Bas de Leede scored 89 runs and helped the Netherlands reach a respectable total.

The Netherlands won the toss and decided to bat first against Pakistan.

On Tuesday, Pakistan outclassed the Netherlands by 16 runs in the first match. The hosts displayed A-game as they gave a solid fight back to Men in Green who hardly save the first game of the series.