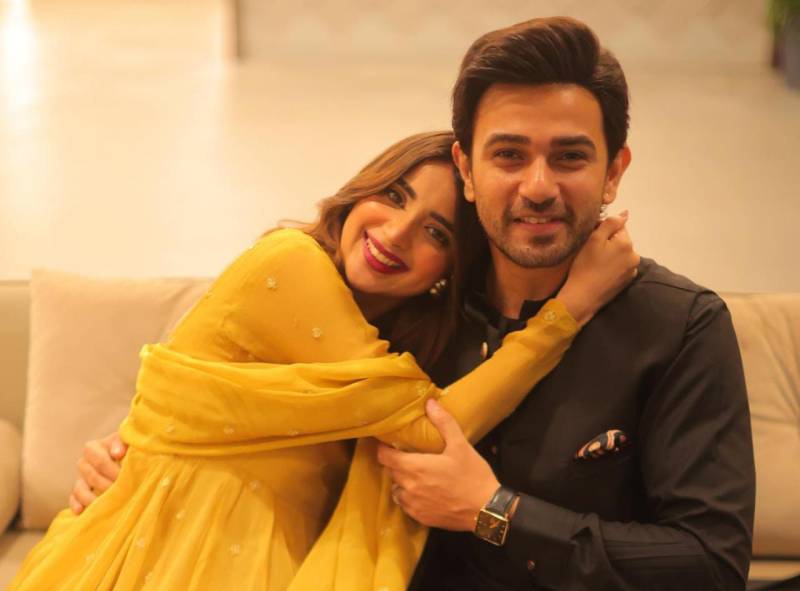 Undoubtedly one of the most lovable couples of Lollywood, Saboor Aly and Ali Ansari are making rounds on the internet for their yet another fun-filled, loved-up video giving netizens couple goals.

The couple’s latest video went viral on the internet for its positive vibes and PDA-filled moments that melted the hearts of netizens. Fans of the couple went gaga to watch them cozy up to each other.

The recently married couple never ceases to amaze their fandom by sharing glimpses of their lives. Aly and Ansari both hail from the showbiz industry where the former is the sister of Sajal Aly and the latter is a revered actor.

The recent Instagram story posted by Ansari shows Aly playfully teasing him with a bite of food but pulls her hand back as soon as Ansari tries to take a bite. The adorable couple share a giggle but Aly still didn't give up on the teasing. Funny enough, Ansari never got to take a bite and write, "Yeh hota ha meray saath," (trans. This is what happens to me).

The couple tied the knot earlier this year in January.

Ansari is a Pakistani actor, model, musician, and video jockey, who debut as a television actor in 2015 with Riffat Appa Ki Bahuein, then went on to star in Khaani, Dino Ki Dulhaniya, Rang Mahal, and Bebaak.